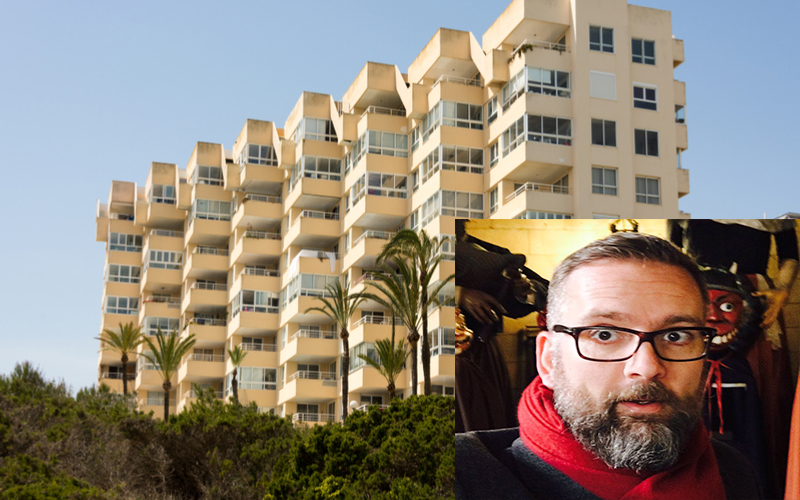 CONSUL GENERAL LLOYD MILEN, a high-ranking British diplomat in Spain, has come under fire on social media after he tried to explain the recent spate of balcony-related deaths involving British holidaymakers.
Taking to his social media accounts, the Barcelona-based British Consul General promoted an interview he had taken part in during the weekend with a top newspaper in Mallorca.
In his interview with the Spanish press, Consul General Milen spoke of the balcony problem and suggested why he believes British tourists have made up such a large proportion of those involved in balcony falls this summer.
When asked what the British government were doing to tackle the rising balcony death figures in Spain, the British diplomat, whose remit includes the Balearic islands, claimed that the reason for the spate of accidents involving is that “British people don’t tend to live in flats with balconies and perhaps they’re not accustomed.”
Consul General Milen alleged also that the difference in alcohol measures in Spain were to blame.
He claimed, “A gin tonic in the United Kingdom tastes of tonic, here it tastes of gin.”
Consul General Milen’s comments were not well received and he was widely ridiculed across Twitter and other social media forums in Spain.
One Mallorca-based emergency services worker took to Twitter to write, “Us Mallorcans are not used to snow, we fall out of the cable cars when we go skiing”.
“We don’t usually have kettles in Spain but that doesn’t mean we pour boiling water over ourselves when we see one!” wrote another.
Luis Alfonso, a Madrid-based lawyer referenced Consul General Milen’s interview and jibed that “When I visit the UK I now have an excuse if I have a car accident. In Spain we’re not used to driving on the left.”
One Spaniard, controversially and outrageously expressed his dislike towards British tourists, “the solution is to put balconies in the UK so they kill themselves there and stop coming here to be pains in the a**e.”
On Sunday, A British man was impaled after falling from the fourth-floor balcony in Spain and landing on a sun brolly.