The pressure is on 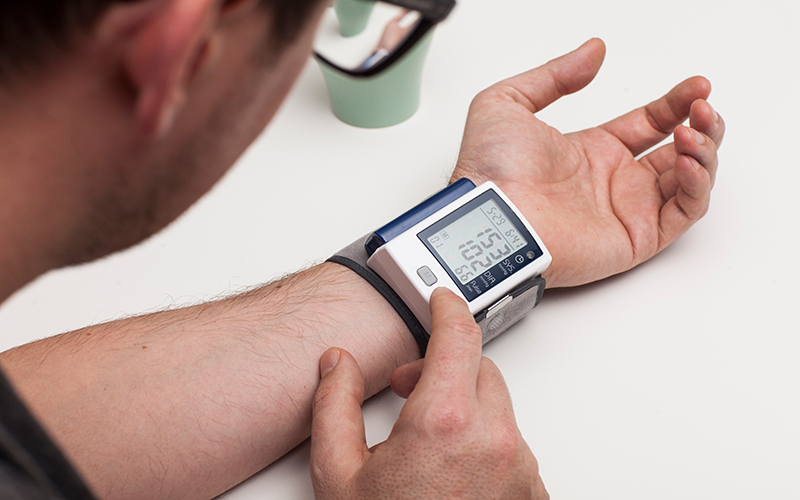 NEARLY two-thirds of the population are ignoring the simplest step in reducing their risk of stroke, heart attack or heart failure by not knowing their figures.
This is the finding of a new national survey by Blood Pressure UK which this month marked Know Your Numbers Week 2018.
The charity is now calling for all households to purchase a validated blood pressure monitor, with government subsidies for people on low incomes and those most at risk, saving the NHS over £1billion every year for the 6.5 million people who still remain undiagnosed.
The research found that 26.7 per cent of respondents consider going out with friends and socialising more of a priority than having their blood pressure taken.
What’s more, 14.9 per cent would rather watch TV and a further 10.4 per cent would opt to watch football instead.
Evidently, it appears that high blood pressure, which is apparently one of the most preventable and treatable conditions but remains one of the leading causes of death, is of little concern to the majority.
Of people surveyed 36 per cent are more concerned about other ailments (and the subsequent effects on their health) than knowing their blood pressure numbers, putting themselves at an increased risk of a debilitating stroke and/or heart attack.
When it comes to knowing your blood pressure numbers, 63.7 per cent of people do not know theirs, with 16.2 per cent thinking a healthy blood pressure reading is 130/80mmHg which implies pre-high blood pressure, compared to an ideal blood pressure reading of 120/80mmHg.
Of the 33.7 per cent of people who own a blood pressure monitor, 41.7 per cent still go to their GP more than once a year to be tested, with 26.2 per cent believing they will receive a more accurate reading.
Meanwhile of the 66.3 per cent of people who do not own a blood pressure monitor, just over a quarter say they don’t feel the need to test their blood pressure at all. And 16.6 per cent claim they only trust their GP’s to test them.
Almost a third of people think those aged 40 plus should start to worry about their blood pressure, only 19.3 per cent believe those in their 30s should worry.
With unhealthy lifestyles and poor diet contributing to more young people in their 30s, 40s and 50s being diagnosed with hypertension, around 1 in 3 people in the UK are now living with high blood pressure.
Key risk factors for developing high blood pressure are eating too much salt, not enough fruit and vegetables, being overweight and not taking enough exercise.