Man charged after ‘violent death’ of security guard in Spain 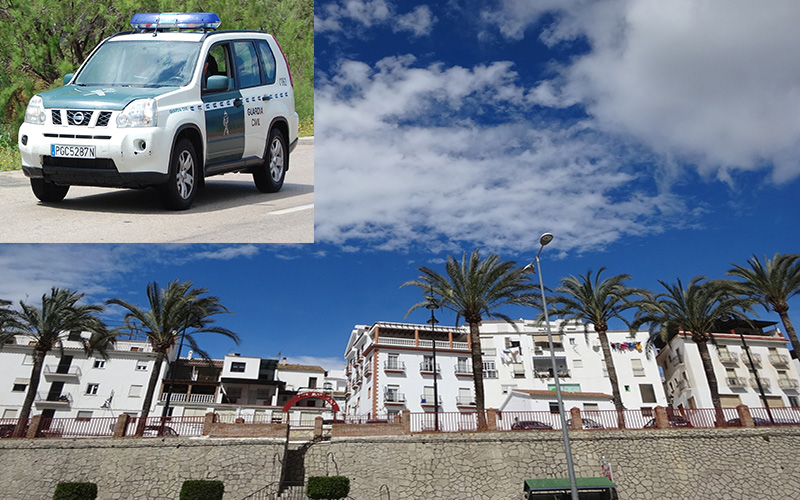 POLICE in Algarrobo have held a reconstruction after a man was brutally murdered.
A 47-year-old man is now awaiting trial after a 63-year-old security guard, Antonio Camacho Reina ‘El Manco’, was allegedly murdered in the early hours of Saturday morning.
The Algarrobo resident had been working as a municipal security guard in the area’s Las Escalerillas park when a witness says he was attacked, thrown to the ground and kicked repeatedly.
Police say the victim sustained multiple serious injuries to the back of his neck and head.  A source explained officers initially believed the man had been attacked by several aggressors due to the force and number of his injuries.
A witness later confirmed only one man had carried out the attack, punching and kicking the victim repeatedly while on the ground before jumping on his head.
Within 48 hours of the crime, police used witness accounts to arrest a local man, named only as JJ, on suspicion of murder.
The alleged attacker is currently being held on remand awaiting a first hearing and was released briefly to take part in a crime re-enactment in Algarrobo.
Police explained they originally believed the alleged murderer attacked his victim while trying to steal electrical equipment from the park.
Officers say they discounted this theory after discovering the two men had quarrelled before and that the victim had begun a relationship with the accused’s ex-partner.
Locals have reacted with shock while the town’s mayor, Alberto Perez, postponed an annual festival and declared two days of mourning during which flags flew at half-mast over public buildings.
One resident described Antonio Camacho Reina as: “A good person, who had no problems with anyone, and who had bad luck”.
The accused is said to be a well-known Algarrobo resident who lived in the town with his older brother.
The man reportedly suffered from mental health problems and police say they found several marihuana plants in his home following a search at his property.