Brexit and the kittens 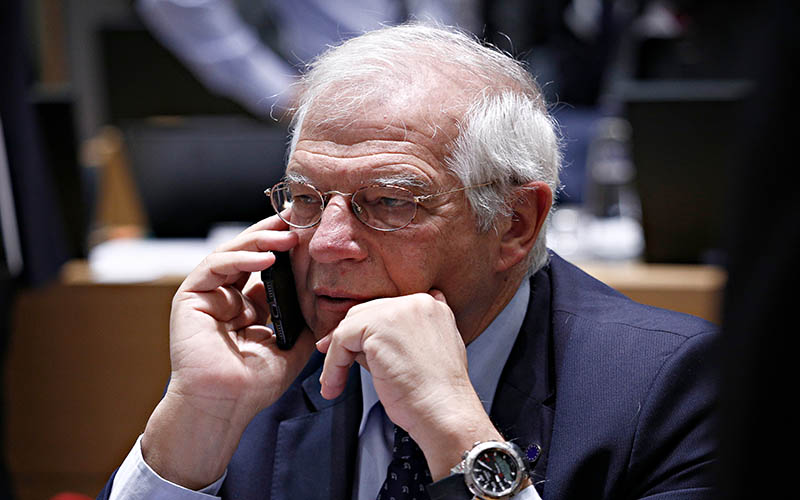 SPAIN wants a say on Gibraltar during the UK’s putative Brexit agreement with the EU which looks more elusive every day.
Gibraltar raising its head right now is the last thing floundering, beleaguered May wants right now.
There is a Spanish saying eramos pocos y pario la abuela.  No-one does irony better than the Spanish and despite the presence of pocos it means there were many of us and then grandma had a baby.
This describes a last-straw, things-can’t-get-worse and let’s all jump over a cliff situation, but of course it’s not grandma having a baby it’s the entire Cabinet having kittens.
The lie detectors
ALBERT RIVERA is not doing himself any favours with his continued insistence that Pedro Sanchez’s doctorate is partly plagiarised.
Computer programmes that scan manuscripts for cutting and pasting found no evidence, but the Ciudadanos leader won’t take yes for an answer and is determined to prove that the president of Spain’s government is a fraud.
Sanchez’s thesis is run-of-the-mill, academics agree, but its main sin is mediocrity, not its provenance.
Politicians have just enough commonsense to perceive that although the public expects to them to make unfulfillable promises, they don’t like outright untruths.
Consequently many now believe their principal mission is to operate as lie detectors.
Few voters give a tinker’s cuss about their elected leaders’ academic records but there is general weariness as they try to score off each other, winkle out lies or detect inconsistencies in their stories.
Rivera and Casado, especially, should get on with what they are paid for, representing the voters who put them in a job and pay their wages.
Future taxpayers
SPAIN’S resigned foreign minister Josep Borrell explained that “whether we like it or not” Spain must take in some of the immigrants agreed with the European Union.
Not all, he added, “because they won’t fit in,” he said, referring to physical space.
Although this is where resentment, when it exists, lies because not all of today’s immigrants want to fit in.
There were fewer problems with immigration in Spain when it was mostly Latin American or European because everyone shared a similar culture and a religion they either practised or ignored.
The immigrants currently arriving, especially those seeking asylum or merely a better life than their strife-ridden countries can offer, are literally foreign.
But ever-pragmatic Borell, a former president of the European Parliament, pointed out that these immigrants will counteract aging Spain’s practically non-existent birthrate.
And because there are precious few benefits in Spain, any immigrants who stay here – many leave for France and Germany as soon as possible – will have to work and pay taxes.  And eventually they will fund the pensions of the people like the Partido Popular leader Pablo Casado whose anti-immigrant views are in danger of turning it into the Partido Populista.
Modest tastes
PROFESSOR ENRIQUE ALVAREZ CONDE of the Institute of Public Law (IDP) at Reended the careers of Cristina Cifuentes and Carmen Monton by giving them Master’s Degrees, allegedly paid himself €20,000 a year at Rey Juan Carlos University in Madrid.
Although 5,400 emails and invoices were wiped from its computers, some credit card charges emerged.  These included €150 and €89 butcher’s and fishmonger’s bills from December 24 in 2016 when the good professor and his family must have dined magnificently on crustaceans and roast lamb.
Austere, nevertheless, compared with the €50,000 Alvarez Conde spent on restaurants and other sundries, his €40,000 cash withdrawals or the €100,000 transferred to an Italian bank.