On the lookout for seals, turtles and pateras 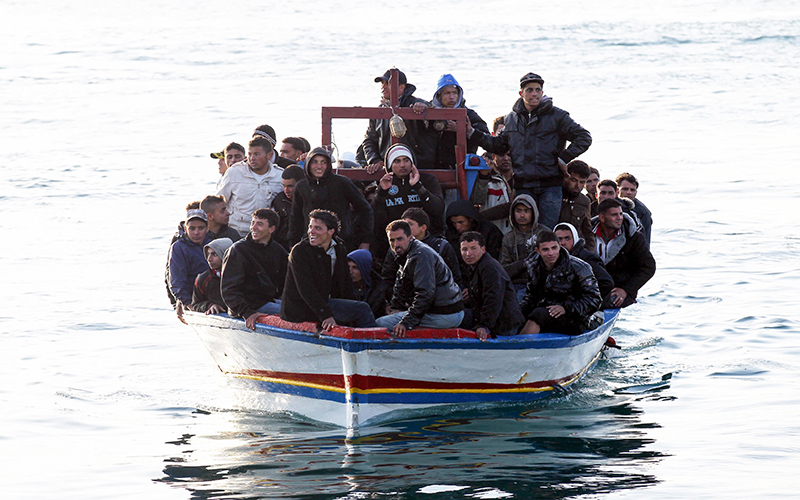 HELLO from down here, with news of night skies and powerful telescopes in La Palma; an annual swimming race off a seismically active stretch of El Hierro’s coast; a drunken British, erm…lady’s antics in Tenerife; pateras carrying African migrants to Gran Canaria and Lanzarote; and Monk Seals in Fuerteventura.
There’s been a heatwave too, exacerbated by the hot, sandy African calima wind, which brought with it three pateras (small migrant boats, or in today’s sad terminology, illegal immigrants) to Caletón Blanca in Lanzarote and Mogán in Gran Canaria.
Of the forty-two migrants, seventeen are minors and go straight into the care of island Cabildos. The rest will eventually get sent back, despite all the risk and the money paid to patera owners, who are guilty of charging extortionate fees, lying and murder. Non-swimmers are routinely dumped in deep water a hundred metres offshore.
We’re politically and economically Spain, geographically Africa, on islands settled by North Africans. On which sad day in history did it become illegal to migrate in search of a better life?
Didn’t we all migrate? I certainly arrived here, relatively skint, looking for refuge. Is the difference between expats and refugees racial, economic or both?  It’s selective exclusion.
More exclusion from Fuerteventura’s fishermen, who don’t want Monk Seals re-introduced to the island on the basis they’ll eat all the fish. As they predate the fishermen by millenia this seems churlish, but a British tourist’s adventures in Tenerife have shifted everyone’s focus of attention, so perhaps they can slip some seals in, so to speak.
“A British tourist was examined in A&E with severe abdominal pains ‘after drinking’. Examination revealed a dead turtle, which was subsequently removed from her vagina. She had ‘no idea’ how it got there,” reported the Arona hospital, now investigating online photos presumably taken by personnel unable to resist the temptation.
Holiday fun.
On a saner note, El Hierro’s 6th annual Mar de Las Calmas swimming race with 350 participants from Argentina, USA, UK, Belgium, Italy, Slovenia, France, Uruguay, Sweden and Spain, including 20 Canarians, was on 29 September.
Olympic swimmer Juan Carlos Vallejo won the 18km swim between Faro de Orchilla and La Restinga. Two other entry points at Tacorón, a 6km swim, or at Bahia de Naos at 2.5km, attract the less hardcore, but are still demanding.
Domingo Gutierrez’ support boat, as always, provided food, drink and a brief rest for swimmers. “It’s a good year, despite wind and choppy seas. We’ve got international and national names and lots more Canarians, with an 82 yr. old from Gran Canaria competing”, said Domingo. La Restinga was in typical fiesta mode throughout.
Meanwhile, on neighbouring La Palma, with its night skies and prestigious Roque de Los Muchachos Observatory, a Night Light European Programme meeting, about the control of light contamination and the promotion of Astrotourism, was taking place.
More niche tourism! Last time Dark Tourism, now Astrotourism.
What’s the name for the kind of tourism where turtles are inserted into orifices, I wonder?