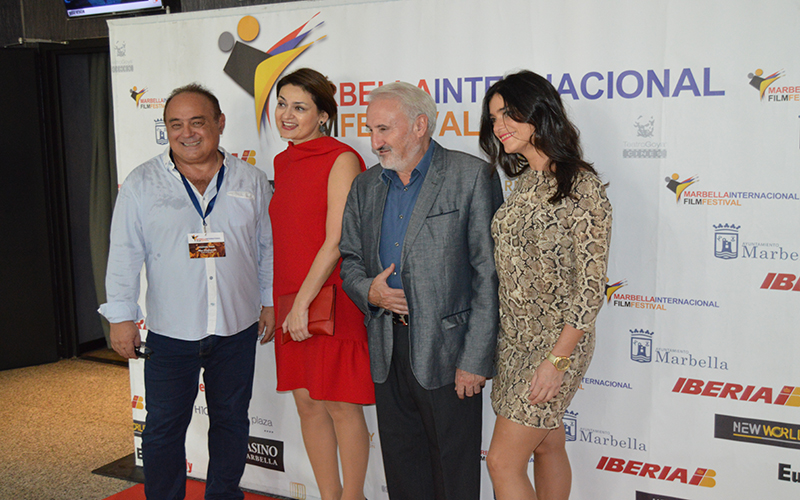 THE 13th Marbella International Film Festival got off to a great start with a cocktail party at the Teatro Goya in Puerto Banus on the Costa del Sol yesterday (October 10).
The ever-busy organiser Mac Chakaveh has attracted a number of high-quality filmmakers to this event that runs until Sunday, October 14 with a selection of feature films and shorts all competing to win one of the prestigious awards.
One of the main guests last night was H.E. Koula Sophianou the Ambassador for Cyprus to Spain and she spent some time speaking to many of the guests who following the party went in to watch a screening of American produced thriller Closure followed by a series of short films.
The feature screenings today (Thursday) will be;
Luz directed by and starring Damian Chapa who spends much of his time in Estepona and is reputed to have grossed more than €1 billion in box office sales in Latin America. This movie which has a tagline “Love covers a multitude of sins” will be shown at 5pm (and Saturday at 7pm).
Solo a music-filled romantic comedy about the rhythm of love with one of its main characters being played by Marbella born Candela Gómez showing at 6pm (and tomorrow at 6.30pm).
Of Gods and Warriors is a British ‘blood, sand and magic’ production about a Viking Princess who is forced to flee her kingdom after being framed for the murder of her father, the King. This will be screened at 8pm (and Saturday at 8.30pm).
Morine is a Lebanese film in Arabic with English subtitles and tells the story of a rebellious young woman in the Lebanon of 620AD. This performance will be at 7pm (and 8.30pm on Friday).