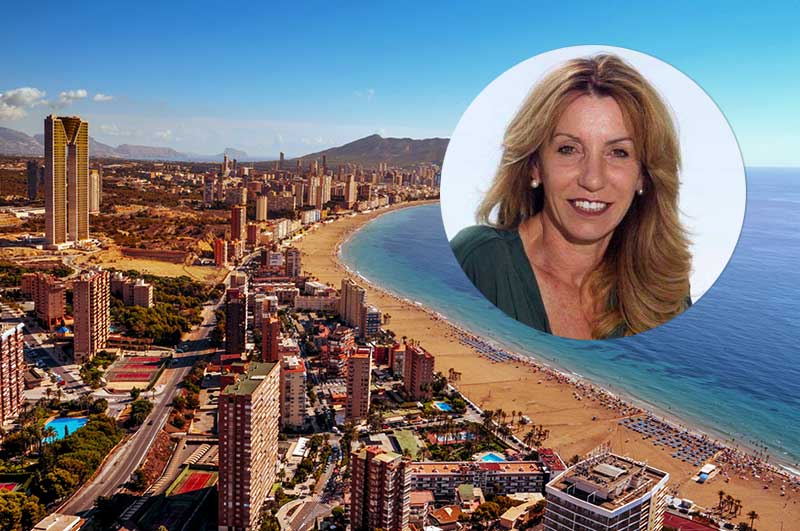 A COSTA BLANCA British business association president has blasted the online edition of a UK national newspaper for their interpretation of an interview she gave to a national Spanish newspaper.
The Sun online article claimed that ‘Brits now terrorise Benidorm all year round sparking a major security problem in the resort town.’
But, speaking exclusively to the Euro Weekly News this afternoon, a furious Karen Maling Cowles, the Benidorm’s British Businesses Association president said, “In no way have I given an interview to The Sun. I only did El Mundo and local TV interviews last week.”
“Nor have I given them permission to use my photo from my Facebook.
“Anyone who knows me and what I do knows that this is a sad twisted version of truth.”
“I will be complaining to them.”
On the association’s official Facebook page they issued a further statement saying: “Today should have been a great day for the association with the official inauguration this morning.
“This, however, has been overshadowed by the publication of an article that has appeared in the online edition of The Sun newspaper.
It went on “This piece of “journalism” has been taken from an article our President Karen Maling Cowles did with the Spanish press namely El Mundo.
“Words have been used from this article and have been taken out of context and used for their own spin.
“The association would like to make it clear that we have done no media interviews with any UK national press lately – be it The Sun or any other – and would never use such terminology as The Sun are claiming.
“Anyone that knows Karen, our President, and the association knows what our values and beliefs are.”
The association has asked people to share their post “so this ‘story’ can be rectified as it is possible it could do serious damage to our newly formed association and the hard work that has already been put in with the relative authorities.”
The aims of the Benidorm’s British Businesses Association are: