A feature too far in our gadgets? 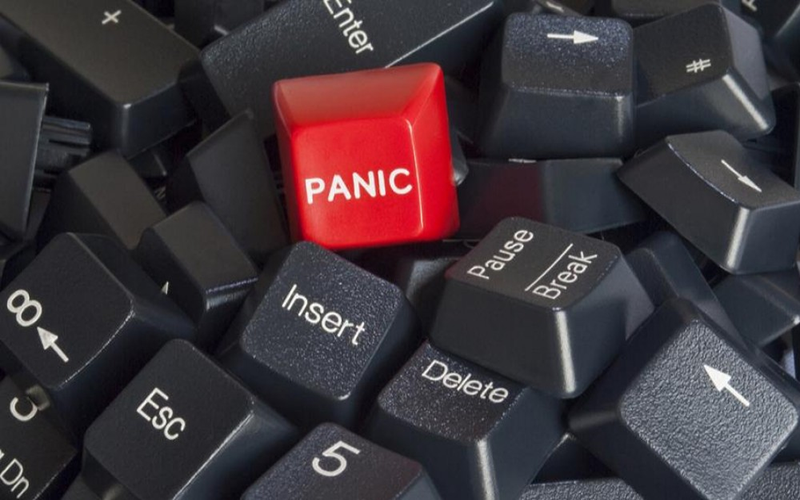 Terence Kennedy considers a disease of our time: technophobia
CHIPS may be smart, but are we, the users?
In an era which is definitely higher‑tech than many of us are, take my neighbour’s fancy new phone. Please. He happily downloads all sorts of goodies on it, then can’t find the downloads and constantly has to ask me.
A recent survey found that most people barely use 10 per cent of their computers’ features or abilities. Many smartphone users have no idea how to access their phone’s settings, let alone change them.
That sounds about right. Back in the old days of video recorders my partner never managed to get the thing to do anything more sophisticated than wipe my favourite movie, or record 240 minutes of snow.
For those who spent the Seventies learning to master Tippex on typewriters, technophobia has become a contemporary affliction right up there with eating disorders, gadget-driven sleep deprivation and unintentional suicide-by-selfie.
Our parents thought they were going boldly when they mastered the calculator. In fact it took my own father the best part of a week to get the hang of his simple office calculator, by Sharp, and then the boss threw him a curve‑ball by swopping it for a Casio and he was stumped.
These days manufacturers are churning out appliances able to do all sorts of things many users simply cannot make them do or do not want them to do. We’re not just overwhelmed by the onward march of technology – we’re buried alive under several squillion avalanches of the stuff.
Edison cylinders begat wax records which begat vinyl LPs which begat digital CDs which begat MP3s and just as we and our bank balances have caught up with the begatting, they replace the lot again with something even more daunting and with a shelf‑life closely akin to a fruit-fly’s.
Everything you buy is loaded to the chips with features. A feature is often something that you do not want, do not want to pay extra for, will never use, but cannot get the thing you do want without.
Our new TV has a control‑panel which would shame a 747, a remote‑zapper looking like a small computer, a manual which has done serious damage to a Brazilian rain‑forest, and the ability to screen two programmes at once. Umm, why? Is there any consumer out there plain schizoid enough to want to watch two programmes at once?
My long-suffering partner hasn’t even managed to get one programme on the darn thing yet, but give her time; she’s only on page 28 of the manual: ‘Taking the set out of the box.’
Finding help
THE quickest way to solve a technical problem is to ask the nearest six-year-old.
Seriously though, living in the 21st century and not knowing how to tweet or send an e-mail feels overwhelming. There’s an app for that, he said, then ducked.
Technophobes are not alone. The internet is awash with dummies-type books, courses and self-help texts to help the technically-challenged, and some really do start at ‘Step One: switch on’.
Type ‘Smartphones for seniors’ into Google and you’ll be deluged with four million hits. ‘Learn Microsoft Office’ produced a breathtaking 315 million results last time I tried. ‘How to e-mail’: 11 billion hits!
Or just ask a neighbour. As long as it’s not me. From now on, like Manuel in Fawlty Towers, ‘I know nuuuthing!’