A lot to answer for 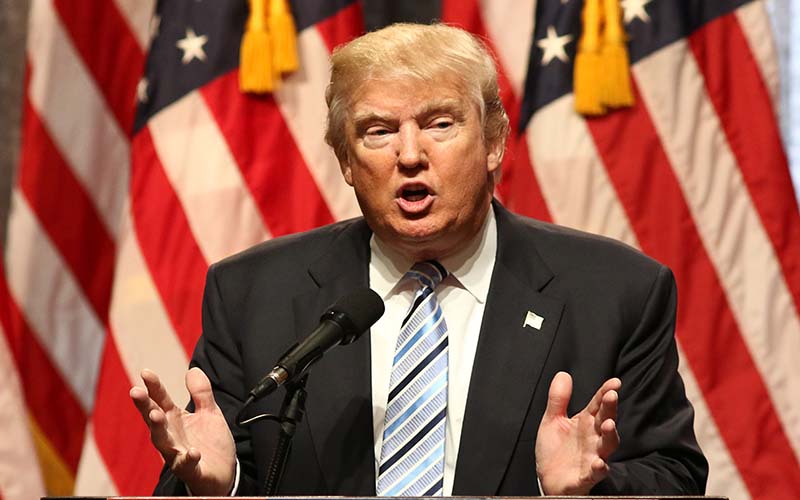 In his new book, Former US National Security Adviser John Bolton claims that US President Donald Trump "abused his power for both personal and political gain". Credit: Shutterstock

Time Magazine named Carles Puigdemont and Donald Trump as possible candidates for the 2018 Nobel Peace prize.
Fortunately common sense triumphed over delirium but Time apparently thought Puigdemont was in with a chance after Ladbrokes gave him 12-1 for organising an “unofficial” pro-independence referendum.”
This was so unofficial that it resulted in police charges and many Catalans obeyed the old dictum “Vote early and vote often” on October 1 last year.
But Puigdemont was never more than an accidental president. In the 2015 regional elections he was a last-ditch substitution for Artur Mas who, as usual, failed to achieve an overall majority.
The most-voted CiU and ERC coalition needed CUP to form a government but the anti-system party rejected Mas, whom they linked to “privatisations, cutbacks and corruption.”
Step forward Carles Puigdemont, a fanatical separatist since adolescence and a former journalist who was mayor of Girona.
So Spain has CUP to thank for giving Cataluña a politician who extinguishes fires with petrol.
Black clouds on the horizon
RODRIGO RATO was eventually passed over as Jose Maria Aznar’s successor and lost out to Mariano Rajoy.
Rato has been Hacienda minister, vice-president of the Spanish government and Managing Director of the International Monetary Fund and president of Caja Madrid which later transmogrified into Bankia.
Despite appealing against his four-year stretch to the Constitutional Tribunal,  Rato should soon be banged up for using a “black” credit card  He and 63 others
blew €11.8 million on what couldn’t be described as life’s necessities when Spain was in the midst of a crisis.
As the Tribunal judges said in their summing up, they spent “without control of any kind and with no fiscal reflection.”  But since when did that ever prevent Rato from doing what he financially fancied?
There’s more to come, as he also faces money-laundering charges which inexplicably have never yet reached court.  Or is the reason why an even bigger story?
The last laugh
FRANCO’S grandchildren cannot prevent his remains from being removed from the Valle de Los Caidos mausoleum where he has lain in state for almost 43 years.
They’re insisting on compliance with a previous decree affording the dictator “full military honours” including the “entire” national anthem, a military escort and a 21-gun salute.
They also want him to be reinterred in the Almudena cathedral in Madrid.  So the old boy gets the last laugh as well as the neo-fascists who still venerate him.  After all, it will be a lot easier for them to get to Madrid to pay homage than at his tomb in the Sierra de Guadarrama.
Campaign trail
SUSANA DIAZ, president of Andalucia announced elections for December 2.
This is probably a wise move while the going is good and before the ERE redundancies verdicts are announced.
Incidentally Diaz had to work to pay for her university studies and can campaign in the comfortable knowledge that despite a grant, she doesn’t have the millstone of a spurious Master’s degree or a mediocre doctorate round her neck.