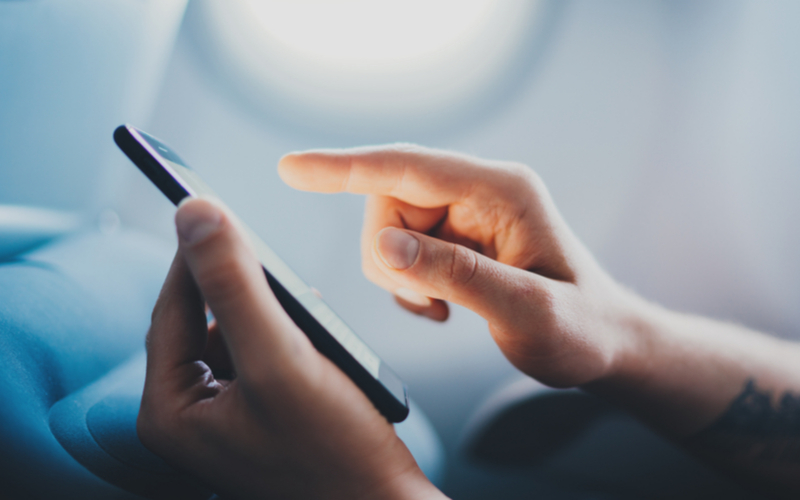 "I can show you one in a box but you can’t take it out..." Photo Credit: Shutterstock

OK lots of things this week – I have had my IPhone for a few years – it’s a 6S Plus. To be honest it’s fine but I didn’t bother with the IPhone 7, 8 or 9. Was there a 9? But the new ‘X’ – pronounced ‘ten’ got some good reviews. Well, the X S max to be precise.
As an aside it got me thinking – were MI5 and MI6 upgrades by the UK Government from MI 1 and MI 2?
Sorry, back to the phone. I decided to go and check it out. I went to the local Vodafone store. Now, I have been with them for years and years – probably over 14 in fact – when it was Airtel so overall I am pretty satisfied with them. I spoke to the Sales assistant in the store and asked if he had one in stock which he did.
He explained that it was €1200 for the top model but it could be paid for in instalments if I sign a new contract for two years.
I don’t have a contract at the moment but I said, ‘OK, that’s doable – can I see one please?’ He replied, ‘No, well I can show you one in a box but you can’t take it out because I can’t take the plastic cover off of the box.’ ‘Don’t you have a display model?’ ‘No.’ ‘So I am meant to buy a phone and sign a two year contract without being allowed to handle the actual product I’m buying?’
It’s pretty unbelievable because once I sign I’m committed. Yes, I could go to the Apple store and no doubt see one live but how stupid not to have one in every store. I didn’t buy one.
Something interesting I have noticed is that so many of the top companies now don’t actually make anything.  Facebook, Amazon, Uber etc. have taken over from so many of the manufacturing companies.
In fact 10 or 15 years ago most didn’t even exist. The majority are all online controlled. Bricks and mortar companies are getting smashed to pieces by these tech created companies and, on top of that, is the danger involved. I mean, this week it was announced that 50 million Facebook accounts had been compromised. 50 million!!! Will they get sued or fined? I read about the hacking but have seen nothing following it up. Facebook was started by a university geek with the sole purpose of picking up girls and now it is one of the most powerful companies in the world. That cannot be right.
How about this – instead of testing products on animals, how about testing them on people that don’t say thank you after you hold the door open for them? Or after you let them out in traffic? How hard is it to say thank you or just raise your hand in acknowledgement?
Email: [email protected]