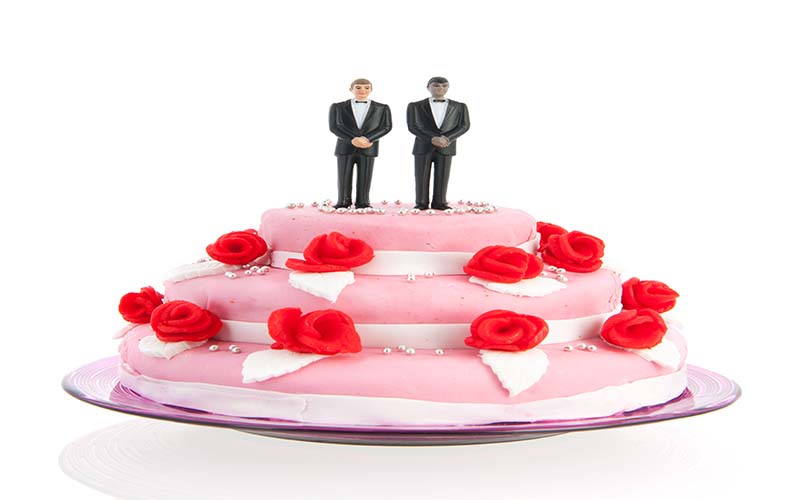 HAVE to say I was absolutely delighted when an Irish Bakery won their Supreme court case this week. The Belfast bakery ‘Ashers’ had objected to the message that gay activist Gareth Lee had requested for a decorated cake.
The message, ‘Support Gay Marriage,’ was considered by the company to be inconsistent with their religious doctrine. They, quite rightly in my opinion, objected to a law that decreed they do something they didn’t believe in. This week the Supreme Court agreed and ruled that the refusal by the bakery to carry out their wishes was not discriminatory and subsequently dismissed the case.
Now before I get deluged with hate mail and messages accusing me of homophobia and Lord knows what else, I am NOT homophobic. I have absolutely nothing against people’s sexual preferences, or indeed anything they have, do not have, or would like to have – either between their legs or their ears.
What I am against is the increasing difficulty the majorities have in standing up for what they believe in. This Christian, heterosexual run establishment, did not agree with the sentiment of the message required by the person who ordered the cake. To my mind, (on one of their own products) they had every right to refuse to advertise something that went against their opinions.
You can rest assured, that had the boot been on the other foot and a gay activist had owned the bakery, a request to put ‘don’t support gay marriage’ on a product, would have been refused point blank and nothing more would have been heard of it. But these activists were a minority, weren’t they? Once again, the minority were pandered to by the state.
Although the Christian owners eventually won their case, it’s been through a number of courts, taken four years and cost somewhere around a quarter of a million pounds of taxpayers’ money, plus another two hundred thousand provided by a Christian trust.
To me, the attitude of the authorities toward majorities has become unacceptable and utterly undemocratic. Minorities are being allowed to run slipshod and virtually unchecked through our traditions, our culture, our laws and plain old common sense. They have come to realise perfectly well, that all they need to do is scream ‘discrimination’ or ‘offended’ and the authorities will fall over backward to cater to their every whim – however unacceptable or utterly biased against the majority they may be.
The lunatics are indeed taking over the asylum and unless those at the top get their act together and start using some common sense, I see complete disaster looming on an ever-increasing scale. Discrimination; a stifling of free speech, and unfair bias, are completely unacceptable in this day and age.
When they are constantly used against the majority, purely because the happen to be a majority, it can only ultimately lead to a complete disintegration of our society as we know it.
Get a grip. Minority rule belongs in the far reaches of Korea or Corbyn’s beloved left-wing states. We live in a democracy. This week remember to share a prayer or two for those who fought and died that we may enjoy it!
Keep the faith
Love Leapy.
[email protected]

***** Leapy Lee’s opinions are his own and are not necessarily representative of those of the publishers, advertisers or sponsors *****