The march of the mobile: Sometimes it’s good to switch off 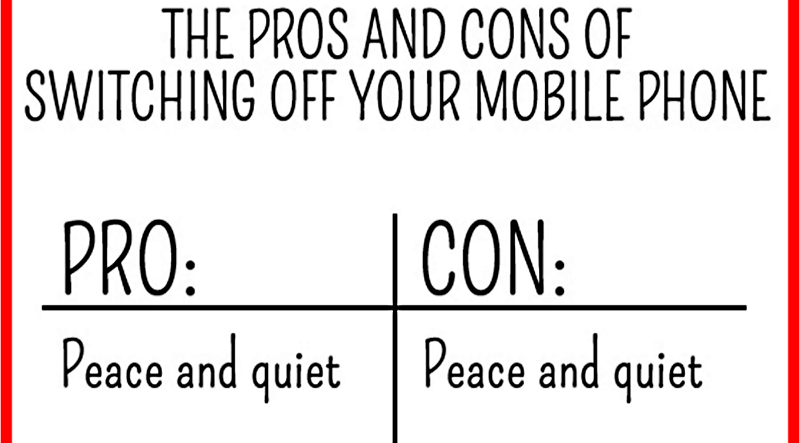 I WAS assaulted by aural barbed wire in the cinema the other day.

One minute there I was, minding my own popcorn, the next I was savaged by verbal incontinence from a patron on his phone.

As mobiles breed like a nuclear reactor (five billion phones now and growing fast), there are inevitably some downsides.

From relying on messengers with cleft sticks just a couple of aeons ago, now we want 24/7 communication, and we want it now. Mobiles are everywhere – especially everywhere they shouldn’t be, like in the hands of inattentive drivers at 120 kph, competing with the muzak in restaurants and rammed down our ears in public spaces.

Perhaps they’ve even made communication too easy. In Denmark for instance, the advent of the mobile has inundated emergency services like those run by animal protection agencies. It’s all too easy to phone while out walking, to report a cow looking cold.

I spent much of my youth in Africa, where the traditional local aspiration was a bicycle and a radio. Ah, simpler times, when later even the impoverished gardener we used to help out by providing ‘piece work’ had a mobile phone better than mine.

With the world in our pockets, these days we’ve got Big Brother everywhere at every time. Wherever we go to get away from it all, we take it right there with us.

And we almost never, ever, switch the things off – except overnight, and not always then if you’re a chronically sleep-deprived teenager.

One study says we check our phones on average every 12 minutes. Two in five adults look at their phones within five minutes of waking, while a third check them just before falling asleep, according to the report. Guilty as charged m’lud, at least on the second two.

A high percentage (71%) say they never turn off their phone and 78% say they couldn’t live without it. The average daily time spent on a smartphone is two hours 28 minutes, rising to over three hours for 18 to 24-year-olds.

As one pastor noted recently: ‘These days it’s quite something if people switch off their phones while they’re getting married, or are on their deathbed.’

Certainly the march of the mobile is unstoppable and even beneficial to society; in rural areas it’s often cheaper to issue mobiles than to wire long and difficult terrain with landlines.

But whether we are really any better‑off being permanently within reach of family, friends and employers is something only you the user can decide. Don’t even think of phoning to tell me, though.

PHONING will soon be the one thing we don’t actually do with our phones, it seems.

Although smartphone usage is rocketing, voice-calling drops by several per cent each year. And voicemail as a concept is all but dead.

Millennials in particular think calls are too intrusive, actually repelled by the idea of making or taking voice calls when a text will do nicely instead.

So last year, for the first time, texting, tweeting and other social media, chat and other ‘indirect’ contacts overtook the traditional voice call. And more than 35 per cent of interactions are now digital

The trend was summed up neatly in an automatic call response I got from my nephew: ‘you’ve reached [……..]. No one answers phone calls anymore, send me a text.’