REPRIMANDED: Spanish mayor allegedly comments on the 'positive side' of murder 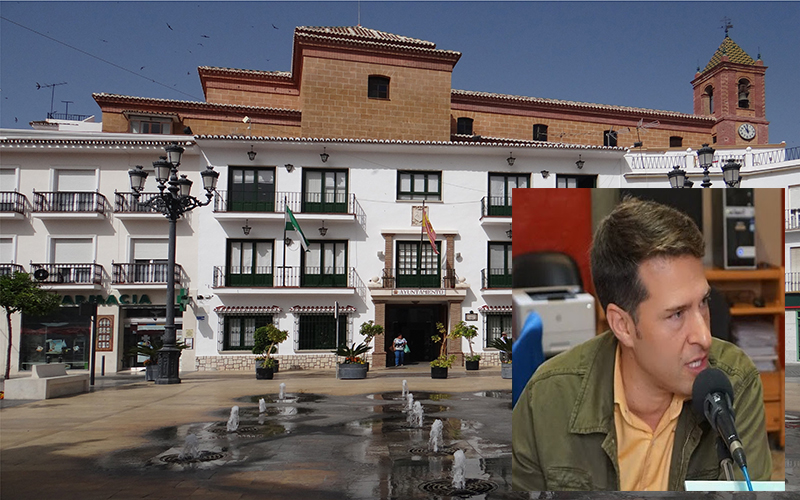 THE MAYOR of Torrox has been publicly criticised for allegedly praising the “positive side” of a recent murder.
Mayor Oscar Medina was reprimanded by all parties but his own in a council meeting after reportedly making inappropriate comments during a radio interview about the murder of a woman from El Morche in October.
Left-leaning party Izquierda Unida (IU) presented a motion to admonish the mayor for his comments following the death of 44-year-old mother-of-two Manoli C.S. in El Morche last month. IU’s proposal was seconded by all parties expect Medina’s own Partido Popular (PP), leading to a public reprimand of Mayor Medina in the council chamber.   The politician had previously faced calls to resign after using a radio interview on the killing to say Torrox was now “known” by national newspapers.
During the interview, Mr Medina told how a national journalist had said Torrox was well-known in Madrid, before adding, “that did not happen before I was mayor.”  He later went on, “Spain knows Torrox and it is because something is doing well,” explaining, “this has nothing to do with the tragic death of yesterday.”
Mayor Medina apologised for comments at the time, saying the he did not wish to “offend anyone,” and describing the day of the murder as “the worst,” in his role as Mayor. The politician has apologised again following this week’s council session, adding, “I am happy to have been able to settle this issue, which has stopped me from sleeping for many days since it happened.”  He claimed his words had been, “badly expressed,” and said he “condemned,” domestic abuse, explaining, “obviously nothing good can come out of domestic murder,” adding, “even less so if it is committed in this municipality.”
Manoli C.S., is reported to have been stabbed up to 12 times last month in the apartment she had lived in for a short time in the Mirador building on Calle Poniente.  A judge has since jailed a man named as Juan Antonio ML- reportedly the victim’s boyfriend- without bail.