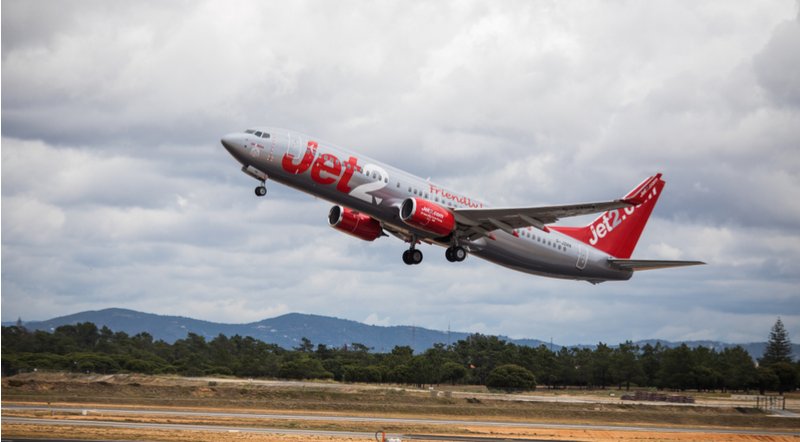 TERMINATED: The co-pilot responsible for the incident no longer works for Jet2 Credit: Shutterstock

A 36-YEAR-OLD co-pilot has lost his job at the Jet2 airline after a botched landing and causing ‘significant damage’ to the aircraft at Alicante-Elche airport.
The incident occurred during what was reportedly the trainee pilot’s final day of training on April 10, 2017.
The Boeing B757-200 aircraft from Leeds-Bradford International airport was ‘significantly damaged’ after the tail of the plane smashed into the runway on landing.
It is alleged the co-pilot miscalculated the angle or ‘pitch position’ required to land the aircraft safely.
The Aviation Safety Network’s investigation into the incident revealed the co-pilot was ‘stressed’ and had been unable to sleep the night before the flight.
The inquiry also stated the incident was avoidable and would not have occurred had the captain, supervising the co-pilot, taken control of the landing sooner.
The Jet2 flight was carrying 238 passengers at the time but none were injured during the landing.
The impact the plane’s tail made upon striking the runway damaged the underside of the plane rendering the rear sewage drainage probe, the VHF antenna and the plane’s hold ‘significantly damaged’.
The botched landing also damaged the runway at Alicante-Elche airport after the tail cone was dragged across it for two metres.
The Aviation Safety Network’s report confirmed that the co-pilot’s contract with Jet2 was terminated following the incident.
The co-pilot involved in the incident alleged that his miscalculation was due to the immense pressure placed upon him by Jet2 during his line-training with the airline.
Jet2.com stated: “In April 2017, one of our aircraft was involved in an incident when landing at Alicante Airport. The aircraft taxied to the stand as normal and there were no injuries.
“As is standard procedure, The Spanish Civil Aviation Accident and Incident Investigation Commission have carried out an investigation, which we have fully co-operated with.”
Read the entire report on the incident here.