The buyer of silence 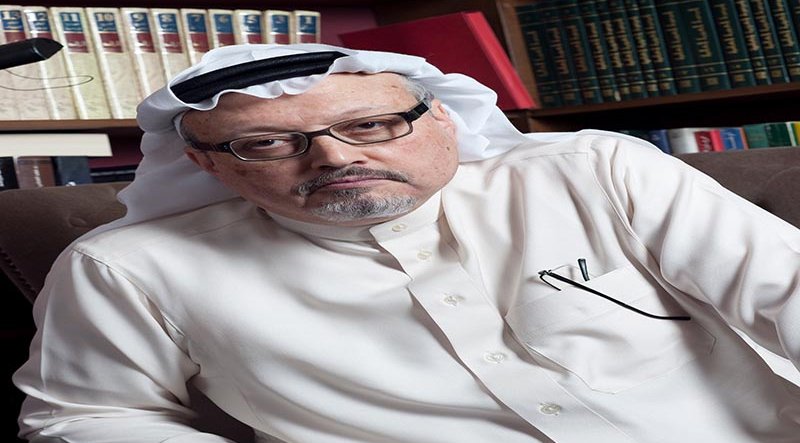 SAUDI ARABIA thinks it can literally get away with murder as Jamal Khashoggi´s murder demonstrates.
Mohammed Bin Salman has made clear that opposing him, even outside the kingdom, brings savage death.
The regime became accustomed to getting away with murder because the West wanted and needed its oil and the Saudis use arms and trade deals to buy the silence of nations who should be their critics.
Following Khashoggi’s killing, Germany called on other EU countries to refuse to sell arms to Saudi Arabia but poor Pedro Sanchez had to keep schtum.
On entering the Moncloa he announced that Spain would cancel the sale of 400 bombs whereupon Mohammed bin Salman threatened to cancel a €1.8 billion deal for five corvettes that will keep 6,000 people in jobs.
Threatened with shipyard unrest, Sanchez had to backtrack and he is unlikely to come forwards and answer Germany’s call.
Taking a moral stance against a tyrant needs more than cojones.  It needs money in the bank and people in work.
Trial and error
THE Partido Popular has called for the Gurtel corruption trial to be repeated.
The verdicts and the tribunal judges’ summing up was “unjustifiably” damaging to its honour, the party complained.
It is asking for a retrial, claiming that one of the judges, Jose Ricardo de la Prada, was impartial owing to his friendship with super-judge Baltasar Garzon who was the original investigating judge assigned to the Gurtel case.
Garzon was tried by Spain’s Supreme Court for bugging conversations between remanded Gurtel prisoners and their lawyers and it will be 11 years before he can practise again.
Because of this friendship the PP wants another trial, presumably hoping for a verdict they can accept.
That might bring some consolation but it wouldn’t put them back in power or move Pedro Sanchez – whom they regard as a squatter – out of the Moncloa.

Harpo knew best
DOLORS MONTSERRAT, Health minister in Mariano Rajoy’s last government, is the Partido Popular’s parliamentary spokeswoman and rumour has it that the party leadership wants to get rid of her as humanely as possible.
At a recent Control session she asked vice-president Carmen Calvo if she was “proud of the government’s coordination” in an embarrassingly uncoordinated discourse that cited disconcerted prostitutes, football, the moon, Waterloo and the herriko tabernas.
At one point Montserrat compared the government to the Marx Brothers’ cabin and after Calvo acidly congratulated the spokeswoman on her performance – using the English word – her party’s groaning fellow MPs must have wished that she were Harpo.

Rock stars
WHAT promised to be one of the trickiest issues, Gibraltar, appears to be progressing well, even though Spain could put an enormous spanner in the Brexit works if it so wished.
The thorniest points of all, Spain wanting to share the airport and taxes, will be dealt with, Pedro Sanchez said.
Just goes to show how smoothly things can go when there is no interference from Rees-Mogg, Boris, Gove, Duncan Smith, Davis, Fox or Redwood.