Was The Beast Informing on Strictly? 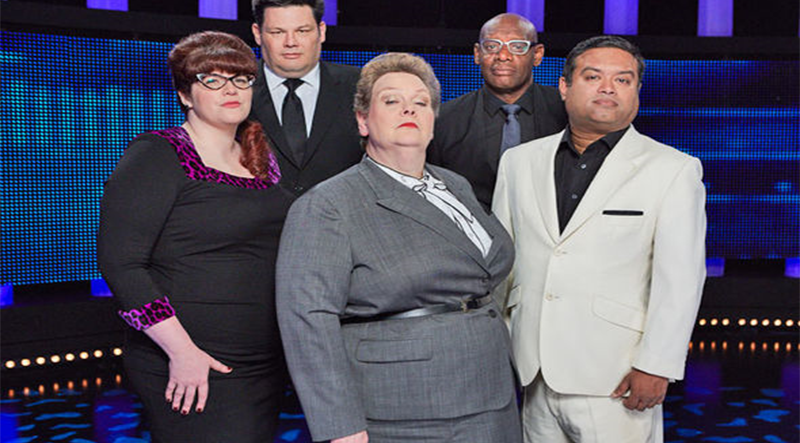 The Chase: This popular ITV show is an evening staple for many viewers. Credit: ITV

I’m guessing most of you (us) have had some sort of heating on since last week? Come on, be honest, and I hope anyone hit by the floods is at least starting to get back to something approaching normality – some of the TV footage was horrible.
Just because you are close by, shout out to anyone affected in San Pedro and Estepona, stay safe.
The Chase made social media headlines over the last week and ITV have been surprisingly quiet about it all, me thinks too quiet maybe? Firstly, The Governess seems to have been given a much easier set of questions than contestants Sarah-Jane and Majorie. The ladies racked up an impressive 18 correct answers but were caught by Anne, thanks to, on the face of it, an easier set of questions. AND THEN Mark The Beast Labbett seemed to have been beaten by time only for his final answer to be given by Dr Who side-kick Bradley even though the clock clearly showed no time left before he completed his answer. The Chase is a staple of early evening viewing and doesn’t need anything messy clouding the format. Just a final thought, what do the contestants do all day? Win or not, they have all enjoyed their day and had a lovely time. If you know, let me know and if you fancy a bit of Come Dine With Me insight next week, let me know on that too? The Chase is on weekdays, ITV.
Fans of box-sets might want to search out Informer, via BBC iPlayer. This is a gritty and complex thriller about a counter-terrorism officer recruiting an East London lad to be, you guessed it, an informer. The story is solid and nothing is off limits for the script writers.
Let’s quickly waltz through the latest episodes of Strictly. Seann Walsh and Katya Jones left on Sunday. I’m making no further comment on that. I will just mention the Halloween opening last weeks, themed apparently on the Mexican Day of the Dead Holiday. There is a lot of noise about the dancing having racist overtones. Now, I much prefer the All Saints Holiday to Halloween, but I’m not signing up to the racist complaints against Strictly.
Three lads who I suspect could turn their hands to anything continue their Road Trip on ITV, Thursday. Gordon, Gino and Fred are brilliantly flung together to cheekily complete a road trip and have some Carry-On fun along the way. Last week the lads were in Scotland, there were some obvious kilt jokes and lots of scallops, combined with some stunning Celtic scenery. I’m a fan, I’m sure the guys will be thrilled!
Sunday evening brought us the start of a new BBC adaptation of The Little Drummer Girl. This is from the people who brought us The Night Manager, so that’s a good starting point? Well yes, a good start, but for anyone who knows John le Carre’s novel this is destined to be a much darker TV experience than Night Manager. The story is a spy drama set in the 1970s following a bombing in East Germany. There is an Israeli intelligence investigation which undercovers a link to assassination attempts against leading Jewish people across the globe. Michael Shannon and Florence Pugh are the stars of this slow burning story. Stick with it.
Dark Heat is a new detective drama from ITV, Wednesday evenings. First episode this week, so I will catch up with you on this one next week.
Happy Viewing
[email protected]