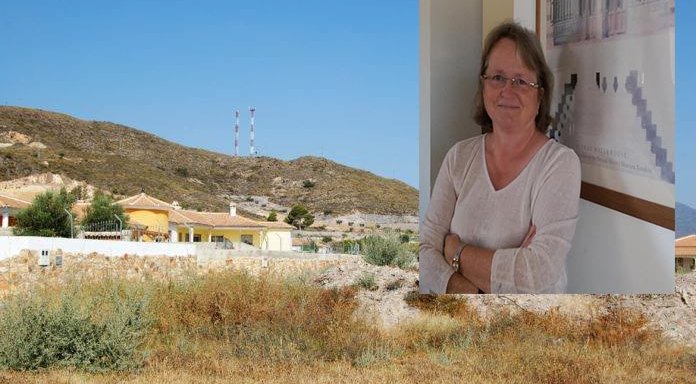 THERE are an estimated 300,000 illegal properties in Andalucia alone, many of which were reportedly purchased in good faith by non-Spanish buyers during the property boom, only to discover they lacked ‘full construction authorisation’.
As a result, on-going disputes between councils, homeowners and resident associations remain unresolved.
AUAN is a non-profit organisation, based in Albox, which is campaigning to bring about the legislation of homes in Spain currently considered to be ‘illegal’.
And it is currently at odds with a local council in Andalucia.
In a letter directed at the local resident foreign community, the area’s Socialist Party Cantoria Mayor accused the group of demonstrating misguided support for the conservative People’s Party.
Dubbing it ‘the British PP association’, Purificacion Sanchez said AUAN ‘forget it was PP mayors who gave both Cantoria and Albox the licences for the illegal houses’.
She suggested residents form new associations and make their demands known to her PSOE party.
AUAN member Helen Prior, whose home in Vera was bulldozed in 2008 by the Junta de Andalucia, responded with an open letter strongly defending AUAN and its president Maura Hillen. “When you attack AUAN you attack us. You also attack people who are still suffering from the planning chaos in Andalucia.
“You attack hundreds of British pensioners in towns in the Almanzora Valley who are also trapped in a complicated planning mess.”
Speaking to EWN, Maura Hillen insisted: “We are not the slave of any political party; we must work with the parties which work with us.”
She said the ‘little spat’ between AUAN and Cantoria Town Hall stemmed from the PP and Ciudadanos parties backing a regional parliamentary initiative to change the planning laws in support of those awaiting legislation via a town plan. The majority PSOE voted it down, a ‘blow’ and ‘disappointing’ because PSOE helped AUAN ‘change laws in the past’.