JEWELS ON WHEELS: Classic car routes “a postcard of the province” 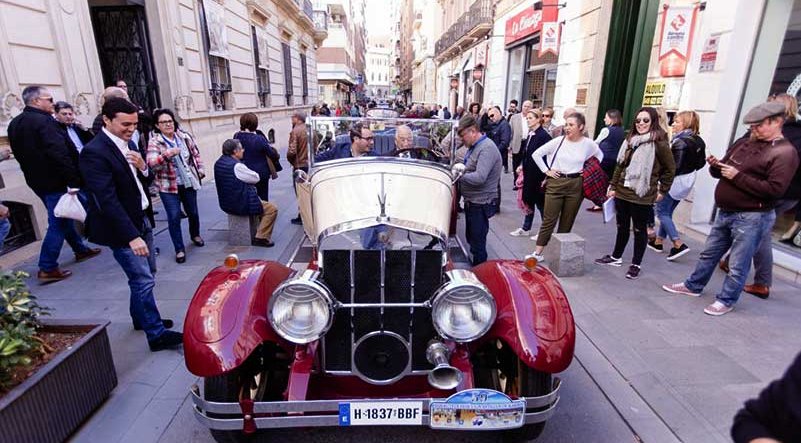 THE weekend’s classic car run showed off the contrasting landscapes and beauty of the Almeria province’s coast and inland areas.
The 29th Almeria Automobile Route went from the pristine coastline of the Cabo de Gata Natural Park to the marble area, going through Nijar, Fines, Olula and Macael.
Some 50 vehicles took part in the event organised by the Vintage Car Club, among them mythical makes Rolls-Royce, Packard, Ford, Franklin and Mercedes. There were participants from all over Spain, keen motorists coming from as far away as Madrid, Ciudad Real and Pontevedra.
The route started up with an exhibition in Almeria city in front of the regional government offices, attracting hundreds of people to admire these unique jewels on wheels. Almeria President Gabrial Amat expressed his admiration for the motoring enthusiasts whose hard work and effort kept the vehicles in pristine running order, in some cases restoring vehicles which had been all but on the scrap heap.
Almeria Vintage Car Club President Jose Juan Soria thanked the regional administration for its support, and commented, “we want to preserve this heritage created with our own personal efforts and love so that future generations can enjoy it.”
The club president also described the routes as “a postcard of the province”, which show off Almeria’s attractions as a destination for visitors.