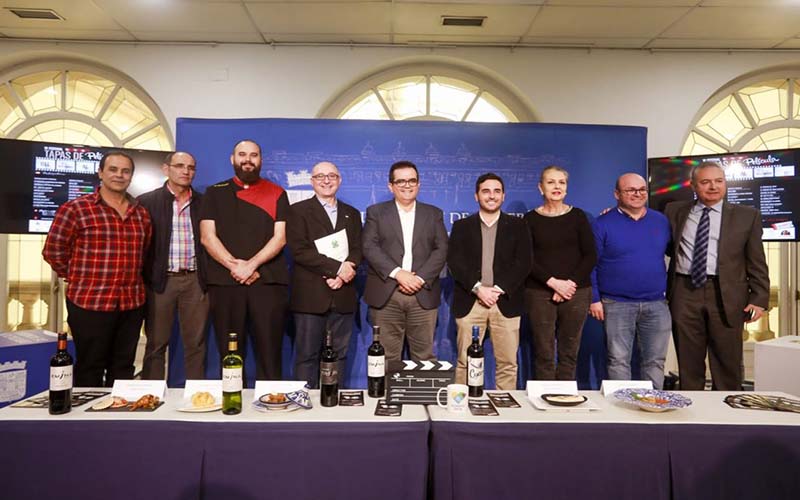 THIRTY bars and restaurants are taking part in the sixth Almeria Film Tapas Festival, offering movie buffs a selection of snack-sized specialities created especially for the event.
Combining film, food and tourism, participating eateries have come up with tapas inspired by some of the 500 movies which have been filmed in the province over the years.
Members of the public will be rewarded with an Almeria Gastronomy Capital of Spain 2019 mug if they try enough of the culinary creations: they need stamps from at least six different establishments on the cards available in participating businesses. The public will also have the opportunity to vote for the best tapas.
Organized to run alongside the Almeria International Cinema Festival, and promoted by the Almeria Catering Businesses Provincial Association (ASHAL), the initiative is supported by Almeria city council and the provincial government.
Provincial Culture deputy Antonio J. Rodriguez highlighted the great contribution of the event to the film festival, commenting, “When we ask people what experiences they have had during the festival, those who are from the world of cinema get enthusiastic about the programme and the activities, and they always recognize having a space to enjoy our bars and restaurants.”
The deputy said the film festival is an important showcase for the city and the tapas festival is the perfect complement to the event.
Almeria Culture, Education and Traditions councillor Carlos Sanchez said the tapas festival was like an aperitif to all of next year’s events when the city will be Spain’s national gastronomy capital, saying, “the time has arrived to show why our cooking and our tapas are the best.”
He said cinema and gastronomy are two important aspects of the province which put it firmly on the tourist destination map, helping to fill provincial hotels and wining and dining establishments and making an important contribution to the local economy.
ASHAL President Diego García said the bars and restaurants taking part looked on the tapas festival as “our homage and support”, adding, “we want to make clear the link between gastronomy and cinema in Almeria, where the arrival of the film-makers caused a real economic and social revolution, and of course in the Almeria catering business.”
The Almeria Film Tapas Festival runs from today (Thursday) to Sunday November 25.