WATCH: Danny Tetley does it 'his way' to reach X Factor semi-finals 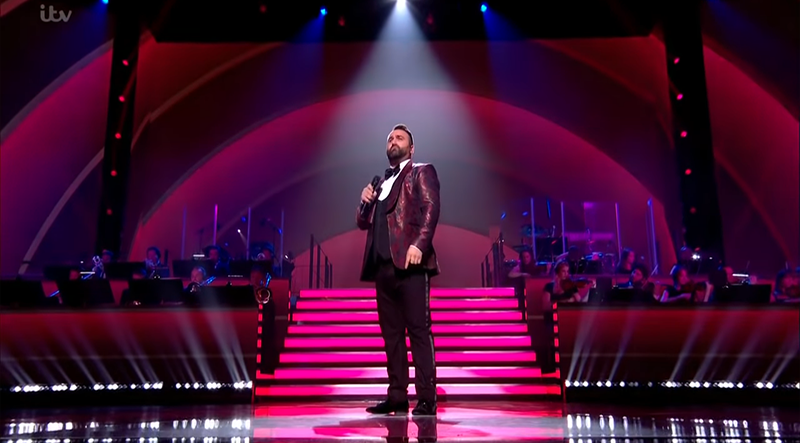 DANNY TETLEY: Through to the semi-finals CREDIT: X Factor/ITV, via Youtube

BENIDORM’S Danny Tetley is through to the semi-finals of The X Factor after wowing audiences at home with his rendition of Frank Sinatra’s My Way.
Making it through to the penultimate round during the programme’s Big Band week means the 37-year-old will also star in the reality shows tour.
Judges Simon Cowell and Ayda Field gave Danny, originally from Benidorm, a standing ovation at the end of the final Over 25s contestant’s ‘amazing’ performance.
Cowell said he felt ‘really emotional’ throughout, and told Tetley he was a ‘total star for that’.
His mentor Field proved how proud she was of his performance by embracing him excitedly.
Visibly emotional at having got so far in the talent show, Tetley said he was glad that he has been able to raise awareness for the Cleft Lip and Palate Association, representatives of which were in the studio to support him.
Tetley has attracted a sizeable following in Britain and among the Spain-based British expatriate community.
He has long appeared on stages in Benidorm and also made an appearance in the sitcom of the same name, as well as ITVs This Morning.
https://youtu.be/z8Pjcs108QU
https://twitter.com/danny_tetley/status/1064493944552153089