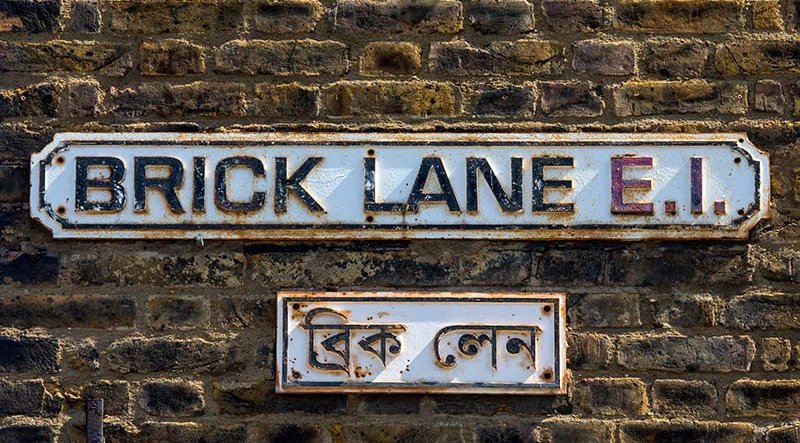 DIVERSITY: Does it exist?

IS there such a thing as a diversity biscuit? If so this year’s deluge of TV commercial Christmas-tide claptrap truly does take the full tin.
A whole conglomeration of adverts has been sanitised by political correctness, dissected with diversity, mugged by multiculturism and treated to a positive blizzard of ‘snowflaking’ that is utterly mind boggling.
Mixed marriages and relationships abound. Bunches of people in cars, restaurants and crowd locations, all contain the ‘correct’ number of ethnic minorities.
Happy families of carefully selected denominations gather around tables groaning with Christmas fare.
And all is well with the world on the birthday of our Lord. Ha! Unfortunately, this so called ‘merry’ conception is in no way a true reflection of British society.
The great cities and communities of the UK are more segregated than ever. Whole boroughs are dedicated to one particular race or religion. A vast majority don’t even celebrate Christmas. Diversity is not working.
It’s a lie, pure and simple. A pipe dream that is as dangerous as it is degenerate. Until we face up to the truth, we will NEVER find the Shangri-La of existence so desperately depicted by these sadly delusional ostriches, who are in utter denial of the true state of affairs and seem to worm their way into every nook and cranny of our beleaguered social existence… talking of whom.
It did strike me that the gatherings of those responsible for these ads must produce some of the most racial riddled confusing mish-mash of problems imaginable. Terrified of being declared non-PC, the selection committees, or casting agents, are no longer torn between those who may have more talent and be better qualified for the gig, but more importantly are judged by their ethnic background and appearance.
Try to imagine a large modern casting agency. The room is full of selectors choosing artists to appear in up and coming TV commercials, all bartering and shouting to each other, rather like the stock exchange floor.
‘I need a brown male adult over here’.
‘I can give you two mixed teens for it’.
‘No? What about a female ginger?’
‘Are you kidding? Gingers are at a premium, one ginger for at least two blacks and a brown’.
‘I’ve got two indiscernible.’ Voice across the room.
‘I need two green eyed white adults, one teen brown and an off-white baby. What ya got in exchange?’
‘Two mixed bald’s and an adult blond brown’. ‘No chance.’ ‘Hey what about a black and white dog?’
(Look out for that one around the table!) ‘Can anyone find me a mixed-race parsnip and a yellow carrot?’ Arghh!
The whole thing has become utterly ridiculous.  Nothing more than a pathetic attempt to fool the viewing public that good old diversity is truly working and we are all living the paradise of good will and human understanding.
Well I’m sorry, I maintain that truth in these matters, however hard it is to bear, is the only pathway to peaceful resolution.
And for those who would rather not hear the truth, I leave you with an ominous reflection of the great George Orwell, who wrote.
‘The further society drifts from the truth, the more it will hate those who speak it’! And ain’t that the truth.
Keep the Faith.
Love Leapy.
[email protected]
***** Leapy Lee’s opinions are his own and are not necessarily representative of those of the publishers, advertisers or sponsors *****