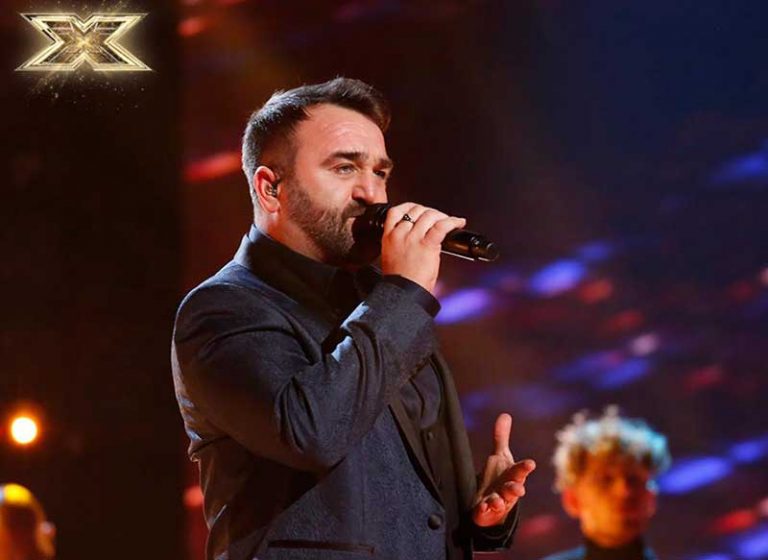 BENIDORM'S DANNY TETLEY: The 38-year-old singer is now based in Spain on the Costa Blanca. Photo credit: ITV / X Factor

THE X Factor journey is over for Benidorm favourite Danny Tetley ‏who was eliminated in a surprise, live double axing last night (Saturday).
https://twitter.com/TheXFactor/status/1066449445213089792
The Benidorm singer was eliminated with Irish teenager Brendan Murray just one week away from the final after receiving fewest public votes.
After his departure Danny said: “I never dreamt I’d be here, never ever. I’ve loved it!
“I’ve loved it. Thank you so much.
“This is only the start for me. Same as us all.
“I love you all, the guys, the team, Simon, all of you, thank you.
“We’ve got a friendship, awesome, love you.
Danny has promised fans would see him again – and he has been announced as one of the eight acts that will make up a live touring show in 2019.
His fans took to Twitter in their droves last night to express their disappointment that the 38-year-old, originally from Shipley, and now a big favourite on Spain’s Costa Blanca is out of the competition.
User @harrisoncashman said: “Can’t believe @danny_tetley was sent home tonight 😠😠 #XFactor”
While @glitterbugsx added: “So sad that @danny_tetley didn’t go through. Thank you for bringing so much light to cleft lip and palate. You’re amazing ❤️”
‏@jw_turnock added: “That was amazing Danny Tetley 👏👏👏 Never give up at the first hurdle #XFactor”
A shocked @ryanG_tweets said: “How is @danny_tetley out i can’t believe it #xfactor”
Twitter user @madmrsgray joined in: “Absolutely gutted that @danny_tetley has left the #xfactor you’ve done Yorkshire proud R kid, christine #TT30. 💕 ⫩”
‏
A fuming @christine6257 chipped in: “Who the hell is voting!! I’m truly devasted that @danny_tetley has been eliminated this is so wrong!!! I’m actually fuming! #xfactor”
Although a less complimentary @JessSandi added: “I’ll be happy with whoever’s in the final as long as it’s not Danny Tetley 😩 #xfactor”
Danny was born with a cleft palate, which affects an estimated one in 700 babies, and recently made a special appearance on ITV’s Good Morning, meeting and greeting a group of fans who were all born with a cleft lip.
https://twitter.com/danny_tetley/status/1064838634304610304
https://twitter.com/CLAPACOMMUNITY/status/1065940071839342592