Deal or no deal? It’s free 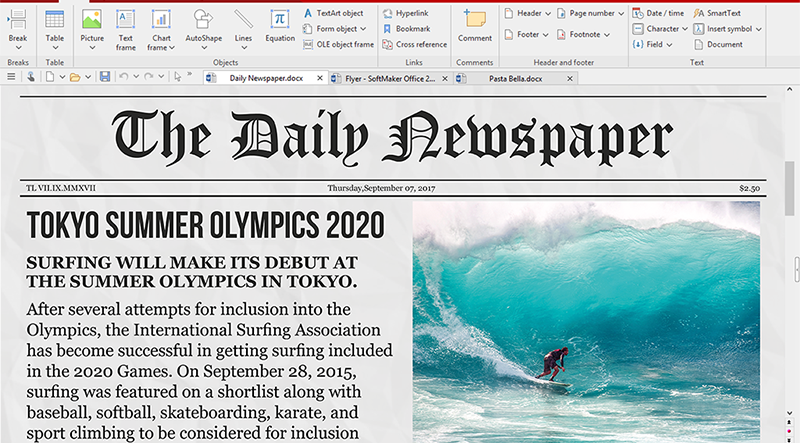 A SWEET SUITE: With no hidden costs.

Why pay good money for software costing nothing?

SMALL is beautiful says the 70s slogan – though the anatomical enhancement offers appearing daily in my Inbox definitely suggest otherwise.

Although Microsoft is no longer the world’s richest tech company (Apple has €250-billion in the piggy-bank it simply can’t spend), hundreds of millions of people worldwide still pay for the monster Microsoft Office suite.

Yet we’re awash in free software, and in 2018 much of it is now as good as the stuff you buy.

Take the latest FreeOffice which many reviewers say matches its bloated Microsoft rival. Entirely compatible with MS Office formats, at just 400 MB it weighs in at a mere fraction of the size and at none of the price. Choose which or all of the three programs it contains to install, hit go and it’s done in a trice. Last time I installed MS Office I had to make tea, twice.

Neither is FreeOffice alone as a perfectly valid alternative. LibreOffice and OpenOffice have been around for years, both free. Google’s office apps are free to use online, there’s iWork for Apple, or you could go for the outliers like WPS Office or Calligra Office.

How about a free operating system? Linux costs nothing and comes in a range of flavours, with Linux Ubuntu or Mint the easiest for beginners as the system moves steadily closer to looking and acting like Windows.

Microsoft’s Outlook was the gold standard in e-mail ‘clients’ (programs) for years; now many people see it as simply clunky, and there are scads of free alternatives, from the favourite Thunderbird to the more eccentric ones like Mailbird, the veteran Pegasus Mail or Incredimail.

Professionals may shell out some €20 a month to use Adobe’s Photoshop suite; the rest of us plebs should be perfectly content with popular and free photo-editing programs like GIMP, PhotoScape or my own personal favourite, Paint.NET.

Need an audio editor? Audacity has done a brilliant job for free for years. Have to make PDF documents? You could pay handsomely for Adobe’s Acrobat, or just draw up your document in pretty much any modern word-processor without cost and then ‘Save As’ a PDF.

AntiVirus? Companies make a fortune selling us paid protection, yet reviews consistently rate many of the freebies as being up there with the rest: Avira, Avast, BitDefender, AVG …

So why not take a leaf from the book of Sandra Bullock, one of the world’s richest actors. ‘I’ll do anything for free stuff,’ she said a while back without a smidgen of shame. Me too, but in this instance without the hashtag.