Petting-induced aggression in dogs and cats 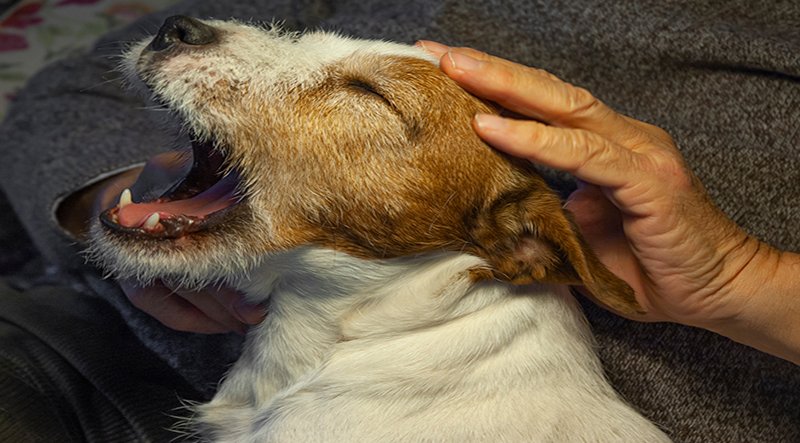 PETTING: Your pets loved to be stroked but it can affect their behaviour. Credit: Shutterstock.

MANY cats will purr like a well-oiled motor when stroked, and many dogs will put their head forward for pettings.
However some will suddenly turn on the person petting. My own dog Sucki appears most friendly I have to tell people to leave her alone, after a few pats she will turn aggressive.
This curious behaviour that some cats and dogs display is called petting-induced aggression. Behaviourists are familiar with this feline and canine quirk. The cat acts affectionately, rubbing against the person and purring, but responds with painful swipes and bites should the person attempt to touch them.
Some cats will endure a number of pats before reacting, while others will stand for only one or two before striking out. Behaviourists often refer to these animals as “two-or-three-stroke” cat or dog.
While we don’t understand exactly why some dogs and cats are so intolerant of touch, one hypothesis is that they experience the same phenomenon that we do when we are touched repeatedly in one spot on our bodies. Imagine that someone is massaging your back and they absent-mindedly continue to rub one specific area over and over again.
It feels good at first, but after a while, the touch becomes irritating. We humans might simply ask the person to stop-but our pets are more demonstrative in their communication. One more pat, and got you! Unfortunately, simply stroking the pet on a different part of their body each time isn’t sufficient. It’s as if the cat or dog has become sensitized all over.
Watch for certain signs how to avoid the consequences of a dog or cat’s irritability. Most cats, when annoyed, will flatten their ears and swish their tail back and forth. Often, the skin along their sides and back will ripple. While it may be too late by the time these signs are present, I t is best to freeze momentarily and then calmly and cautiously lift ones hand away from the cat.
Sometimes the cessation of movement will prompt a dog or cat to move away, or they may at least refrain from attacking.
Teaching pets to enjoy being touched entails daily counter-conditioning sessions. The objective is to link being touched with something pets consider supremely delightful.
Most cats and dogs love cheese, so it is best to stroke the pet once, and then feed a tiny amount of cheese. When the cheese has gone, stroke again, then feed. Repeat the stroke/cheese association no more than 10 times in one sitting, fewer if the pet showed even a hint of irritability.
After one week, one can occasionally stroke the pet twice before feeding the cheese. After another week, gradually building tolerance, until the cat or dog becomes a two-stroke pet.
By the third week, they should allow the occasional three strokes before receiving cheese. And by the end of the fourth week, most pets can become a three-stroke pet.
With patience and perseverance, pets can become a six-stroke pet. Pets can learn to enjoy the tactile contact.