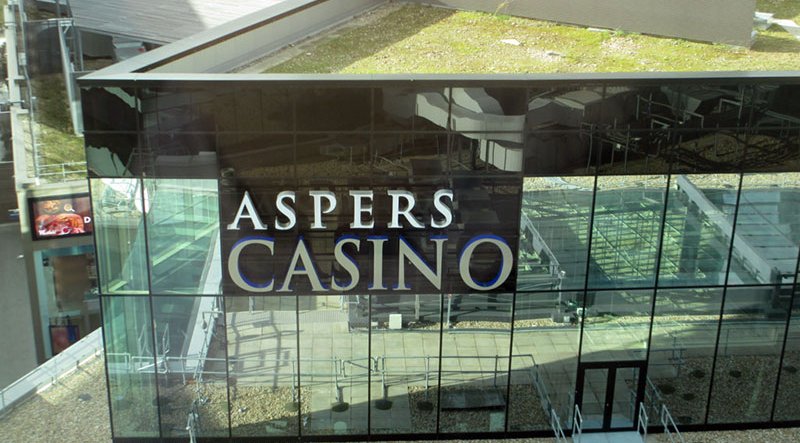 Poker fans and players from all around the world will descend on London’s East End next week when the world-famous online poker room 888poker brings their live tour to London’s Stratford City.
The 888poker LIVE London Festival will take place at Aspers Casino on the top floor of the Westfield Shopping Centre, the largest of its kind in Europe, part of the Olympic development and the current home of the West Ham United Football Club.
The festival is set to run from November 22nd through December 3rd, making up a thrilling 12 days of top poker action. Buy-ins and table entries for the uninitiated range from £60 to £5,000, and games include Texas Hold ‘em, limit and no limit, as well as Omaha Hi-Lo. As ever, the highlight of the festival is the ₤1,100 Main Event, which this year, features a $500,000 guaranteed prize pool.
What’s the big deal?
The festival promises plenty of top poker action and feature 10 events in total, the first of which is the £220 Opening Event on November 22nd, the first day of the series. Also, there are two high-roller events for those players who prefer the bigger buy-ins of high-stakes poker.
These are the ₤2,200 High Roller, which takes place on November 28th and runs through to November 29th, and the ₤5,000 buy-in Super High Roller, which runs on Decembers 2nd and 3rd. On December 1st, a game of ₤125 buy-in Pot Limit Omaha starts at 8:00 p.m. while a ₤100 buy-in Ladies Event will also take place on December 2nd, getting underway at 7:00 p.m.


As previously stated above, the festival’s main highlight is the 888poker LIVE Main Event, which this year, has a ₤1,100 buy-in and comes with a guaranteed prize pool of a jaw-dropping £400,000. This tournament is what is known as a rebuy, meaning the event allows for unlimited reentries at the cost of £1,100.
That means that players can keep on trying until they reach the final table, even after elimination or “busting” earlier. The ₤1,100 Main Event gets underway on November 29th at 6:00 p.m.
Previous Winners and Possible Attendees
Last year, the same event, the Main Event 2017, attracted 427 entries, with the highest 45 finishers sharing a total payout of $564,809 in guaranteed prize pool money. Englishman Tom Hall from Shrewsbury took home the biggest cut when he scooped $104,170 while runner-up Ning Lu won $95,262. One year before, Ka Him Li took the Main Event, who beat Shah Raza heads-up for a tidy £45,300 as well as the trophy.
Many of poker’s biggest names plan to head to the British capital for the festival. Among these are three former winners of the World Series of Poker (WSOP) Main Event, another series to bear the 888poker brand. These include Scott Blumstein, John Cynn, Joe Cada and Martin Jacobson, who have all confirmed their attendance in London this November.
Well-known 888poker ambassadors, such as Dominik Nitsche, Kara Scott, Vivian Saliba, Sofia Lovgren, Natalie Hof and Basildon’s own Chris Moorman as well as the WSOP 2017 sensation John Hesp are also set to attend the 888poker LIVE London Festival. Hesp was in attendance last year by invitation after the enigmatic caravan salesman, famous for his colorful outfit and hat, made the news when he took a shot the WSOP Main Event and famously cashed in for $2.6 million at the final table, having previously only ever played low-stakes poker for £10 at his home in Bridlington. Such was his success that a movie about the player received a green light.
Why Stratford?

Visitors to Westfield can enjoy 250 shops, plus 70 places to dine. On top of this, there is one of the largest all-digital cinemas in Europe, which includes 17 screens, a luxury bowling center and of course, the 65,000 feet high volume, low-spend Aspers Casino. The casino offers up two bars, one of which is next to an enormous screen with betting facilities, and an 80-seat restaurant with spectacular views of the Olympic Park.
Aspers Westfield Stratford City, the biggest casino in Britain and a joint venture between the Australian gambling group Crown and zoo heir Damian Aspinall, runs 24 hours a day, seven days a week apart from Christmas Day. The complex in east London is home to over 40 roulette and blackjack tables, 92 electronic gaming terminals and 150 slot machines as well as a 150-seat poker room where the festival is set to take place.
Qualification Routes
Don’t worry if you don’t think your wallet can stretch to the hefty buy-in for the 888poker LIVE London Festival Main Event. Players still have a chance to win entry at a fraction of the regular price thanks to the online poker room 888poker qualification tournaments, known as satellites.
These qualifiers run now and include $55 satellites that can win a ₤1,100 Main Event seat and $109 satellites that payout in a package worth $2,200. These packages include your ₤1,100 buy-in to the 888poker LIVE London Festival Main Event, $450 for three nights’ accommodation between November 30th – December 2nd, $350 in travel money paid into your 888poker account and an exclusive 888poker LIVE kit. Feeder tournaments begin at $0.01, meaning everyone has a chance of making it to London whatever their budget, so we’ll see you there.