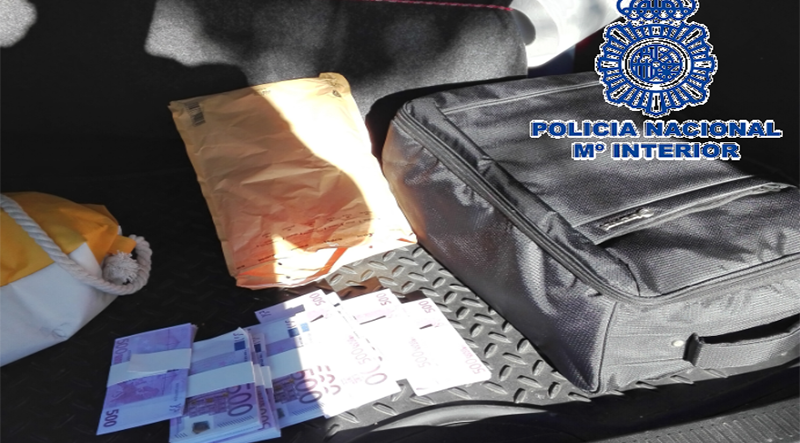 THE National Police have arrested two alleged fraudsters specialised in taking advantage of property owners through a “rip deal” scam on the Costa del Sol.
Two young men, aged 22 and 24, of Croatian nationality have been arrested for their alleged involvement in the scams.
A ‘rip deal’ is a type of real estate scam during which: “fraudsters pass themselves off as investors interested in buying the property”
The scam involves the “exchange of notes, generally, of 500 euros” in the purchase of property when, in reality they are photocopies of 500 euros,” according to a National Police press statement.
The scam operation involved the use of 13,000 euros in genuine cash coupled with a briefcase containing 145,000 euros in fake notes, each note replicating a 500 euro bill.
The pair allegedly also used other specialised tools to commit the ‘rip deal’ scams on the Costa del Sol.
The National Police began their investigation after a concerned citizen contacted them regarding a potential scam occurring in Malaga.
The citizen claimed that he had listed a property online and was contacted by a suspicious party.
The interested party reportedly raised various excuses about a banking issue not allowing them to transfer the funds in an orthodox way.
They requested instead an exchange of euro notes in a restaurant, offering a percentage of profit for the cash exchange.
At this point, the concerned citizen contacted the police and decided to go ahead with the meeting with the police standing by.
The exchange meeting allegedly took place in the specified restaurant in the centre of Malaga city and the National Police set up a security device surrounding the proposed meeting location in order to monitor potential criminal activity related to the suspicious party.
The officers noted during their surveillance that one of the alleged scammers offered to enter a hotel room or nearby vehicle where an associate would present the money.
The National police decided this was the moment to break their cover and intervened to inspect the ‘associate’s’ vehicle.
Police claim they discovered all the necessary tools to pull off a ‘rip deal’, a small bundle of genuine notes as well as ‘approximately 14’ bundles of false ‘photocopied’ 500 euro notes, wrapped between genuine notes at either end.
Police seized a total of 291 false notes which replicated 500 euro bills, totalling 145,000 euros in false money and 13,000 euros worth of genuine notes.
The two alleged scammers were arrested at the site of the attempted fraud.
Judicial authorities in Malaga have ordered the pair to be imprisoned as they await trial.