Boys and their wheezes 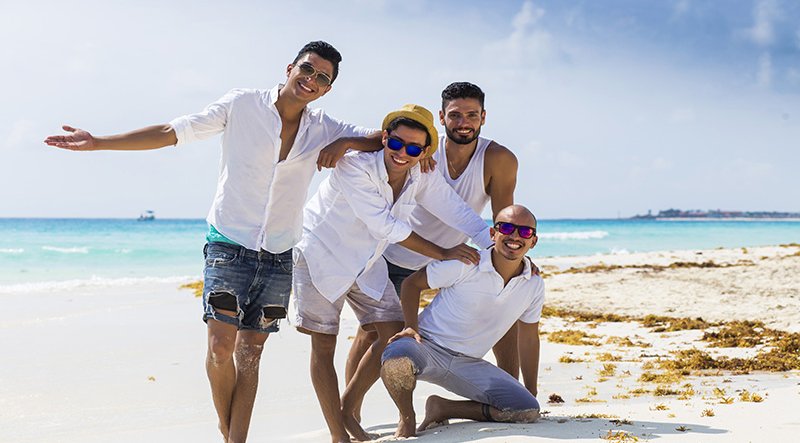 HAVING FUN: Maybe not very mature though. Photo: Shutterstock

IT’S assumed, because this is what is expected of us, that as the years progress we become more adult and mature, which translates into being infinitely more sensible and less childish.
But I have found that this is not the natural order of things, because I still giggle at the infantile, and on the all too rare occasions when I meet up with old pals from the seventies who now live in far flung places, we laugh uproariously at some of the wheezes we once got up to.
We were all in our mid-to-late twenties then, so in theory should have known better according to the accepted wisdom on these matters.  But this was far from the case.
When I woke up stark naked on the splendid Horseshoe Bay beach in Bermuda one morning, wondering how I got there and then realising with some trepidation, that my clothes were missing, I simply smiled because I knew that if places were reversed, I would have done exactly the same thing to my buddy who belatedly turned up with my gear folded neatly and sporting a big grin from ear to ear.
The fact that I had just had an embarrassing encounter with an early morning female dog walker didn’t faze me one bit.  This was part and parcel of the game.
How I came to be there in the first place is another story.
And when on another occasion, a house mate saw my friend Dougie take an exotically coloured pill and on enquiring, was told conspiratorially that if he took just one, it would set him up for the all night party later. The word ‘speed’ might have been mentioned.
When we gathered later in our favourite watering hole, our housemate was buzzing around like a demented hornet and chattering like a tape recorder on fast forward.  He even shouldered in a new beer keg for the owner, usually a two man job.
Neither of us had the courage to tell him that in fact what he had taken was no more than an antibiotic that Dougie had been prescribed for a throat infection.
Realising one evening that both of us had exhausted our supply of fresh underwear and had forgotten to take a trip to The Quickie Lickie, our local Laundromat, Dougie and I made the decision to raid the undies drawer of another of our housemates who was away for the weekend.
We figured he would never know because on returning from yet another party the following morning, and being neat and tidy boys, we folded and put them back.
Yes it was disgusting and we should have acted our ages, but we have dined out on the story many times since.