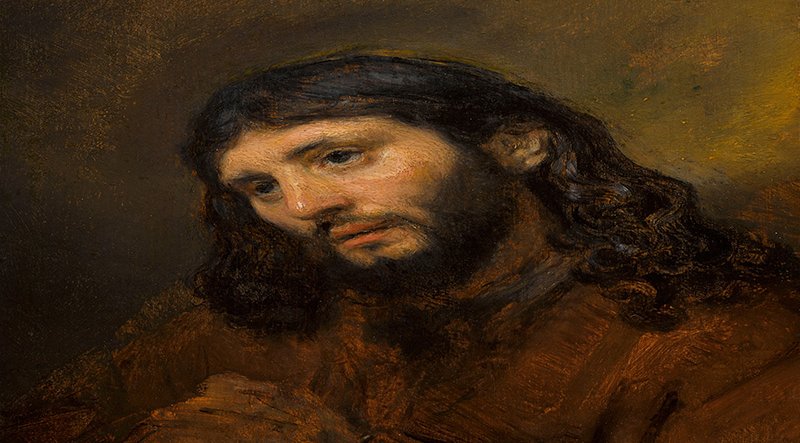 BURIED in the original paint of a 17th century oil sketch two finger prints have been discovered, however assumed to be the fingerprints of the painting’s creator Rembrandt van Rijn.
Coming to market for the first time in 60 years at auction in London on the 5th December the painting will be the highlight of the Old Masters Evening Sale. Study of a ‘Head of a Young Man’ is little known , a portrayal of Christ.
The finger prints were discovered during the preparation for the portraits display as part of the exhibitions 2011-2012 , Rembrandt and the Face of Jesus.
During extensive examination and testing using pigment analysis, dendrochronology, x-ray and infra-red imaging conducted by Dr Arie Wallert and Michael Van de Laar, scientific researcher and conservator, both formerly of the Rijksmuseum, Amsterdam, the investigations revealed crucial facets of the painting as well as the two fingerprints on the bottom of the painting.
Speaking of the discovery , Michael Van de Laar said “As in other colour sketches by the artist the work was also determined to have been executed in one sitting, a practice known at the time as ‘ten eersten opmaken’, to complete the whole concept in one go.
Where additional colours and layers are hastily applied even before the underlay has had a chance to dry. Prone to smudging , the technique could only be accomplished by the most skilled of painters.”
Dating from around 1650 Study of the Head of a Young Man, measures just 10 inches and is one of a series of small intensely moving sketches painted by Rembrandt of the same young man from a neighbourhood of Amsterdam where the artist lived.
Rembrandt portrays his model as Jesus Christ seen here with his hands clasped in prayer.
With head inclined upwards and hands clasped it is thought likely that Rembrandt intended this depiction of the youthful Jesus as a study for a Christ in the Garden of Gethsemane, a subject he treated in several drawings and an etching but in no surviving painting.
The art historian Jacob Rosenberg has written of this sketch that it, “moves a step further from reality toward a more idealised expression of mildness and humility. But Rembrandt’s transition from the realistic to the imaginary is so subtle that it’s almost impossible to draw a borderline between the two.”
Very much admired and studied, without question among the great masters Rembrandt was a prolific painter draughtsman and etcher , he also inspired some of the most celebrated artists who have followed him.
Rembrandt’s work is highly desirable and is found in the greatest private and public collections around the world. With paintings of this quality and condition only rarely coming to the open market estimates in the region of £6 million, perhaps beyond, for this 10 inch sketch are considered realistic.
Nick Horne, London, England.