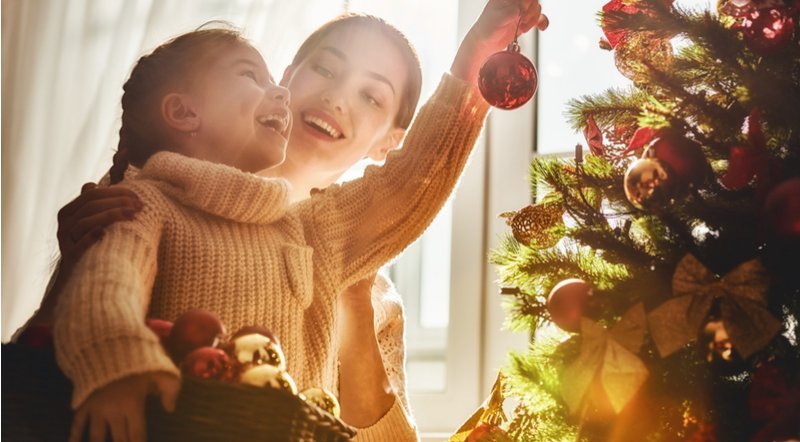 The most wonderful time of the year may not be all it’s cracked up to be. Photo: Shutterstock

THE MOST wonderful time of the year may not be all it’s cracked up to be. The Christmas tree and the presents the feast and the parties. In the UK the stress to achieve the perfect Christmas is unrelenting.
Not just a tree but a decorated Christmas tree with baubles in the latest colours and lights sparkling in a range of colours.
Christmas has become competitive for many, though some do treat the festival for its religious origins most become wrapped up in the none religious and as a result become Christmas stressed.
According to a Mintel survey published just in time for the Christmas festivities when asked what stress the public most at this joyous time 4 per cent admitted that behaving badly at a Christmas party was top of the tree as far as stress was concerned , while a 16 per cent thought that spending time with family members they did not get on with was the most stressful part of the holidays.
With the modern and growing habit of last minute shopping on-line, Internet deliveries or rather the fear that deliveries will not arrive on time is piling on the stress for 17 per cent of the UK.
Cooking the Christmas feast is up there with 20 per cent of the UK population nominating dinner as stressful rather than fun. In this time poor era with work- home balance out of balance a not unexpected 27 per cent say they fear they will not have time to get everything done.
The fairy that nearly tops the tree in terms of stress is buying the right presents with a massive 43 per cent stressed by the challenge of buying the right gifts.
The star at the top of this particular tree of stress what stresses a massive 46 per cent of the population is the cost of it all.
Money seems to be at the core of Christmas in the UK in 2018 and seems to me a long way from the original intent of the Festive season.
So what was thought to make Christmas for our stressful neighbours? In at the top as most significant was Christmas Songs, an overwhelming 56 per cent would not be without evergreen songs like ‘Jingle Bell Rock’ and ‘All I want for Christmas’.
Following close behind was Christmas movies , with 52 per cent of adults associating Christmas with feel good movies such as ‘Home Alone’ or ‘Love Actually’.
Not unexpected given the commercial nature of Christmas for many, 41 per cent of the survey said  ‘Christmas would not be Christmas’ without Christmas TV advertisements.
The annual blockbusters from the nation’s retailers anticipated enjoyed analysed and widely discussed.
Some so controversial they take on a separate political life some so soppy that even puppies find them too saccharine.
Leftover are up there as a signifier of Christmas with 38 per cent nominating Christmas left overs as a key ingredient of the season , and who would be without Brussels sprouts?
With a healthy 33 per cent saying Christmas would not be Christmas without them. The Queens Speech is still in the top ten with 28 per cent , while 25 per cent say Christmas should not be without the ‘Christmas jumper’, a wish that rises to 33 per cent among 16-24 year olds.
Pantomimes still hold a fascination for 21 per cent and panic buying of presents is up there with 17 per cent.
My take away from the Christmas Survey is that we do actually enjoy eating together, sharing and buying each other gifts.
Not all stress is bad for you. Some stress  actually works as spur to get things done. A common love of songs films and food is not all bad. Looks like a Happy Christmas in the making to me.