Falling at the last fence 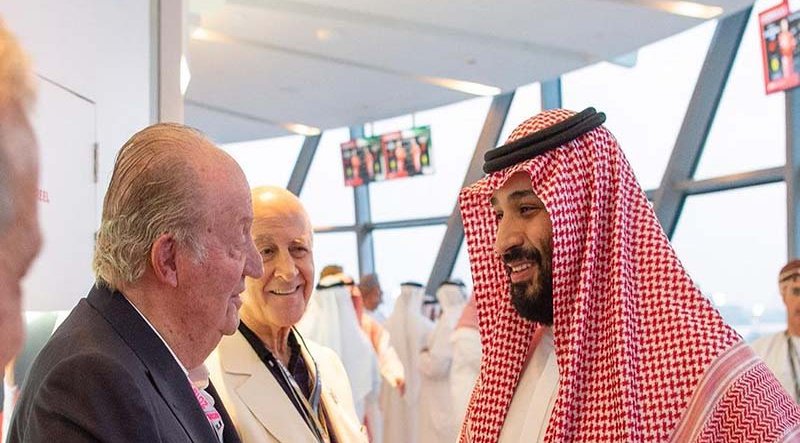 GIBRALTAR RESIDENTS, according to the Daily Mail,“mocked” Pedro Sanchez’s claim of victory over Spain’s recent Brexit spat as “fake news.”
To a certain extent it was a victory because Spain’s “prior agreement” will be needed on matters concerning Gibraltar, although this was confirmation of the existing agreement rather than a concession.
And it was a foregone conclusion that poor Teresa May would say yes to practically anything that Sanchez wanted, to avoid falling at the last fence in the EU obstacle course.
Especially when she knew that the Grand National was waiting for her back home.

Cold comfort for old cure
DANI MATEO is described as a humourist although anyone who watches Gran Wyoming’s programme El Intermedio can see that he’s a satirist.
He’s in big trouble because of a sketch where he allegedly insults the Spanish flag in a mock homage to Frenadol, Spain’s go-to cure for a cold and is now being prosecuted for hate crime.
Reverently intoning its contents he finishes with an almighty sneeze and wipes his nose on the nearest thing to hand, a Spanish flag, before realising in mock horror what he’s just done.
Hastily gabbling Sana sanita he then kisses it better as Spanish mother does when a toddler hurts itself.
It wasn’t Mateo’s best sketch and he knew what to expect but the nose-wiping has been taken out of context.
Called before a Madrid judge, he refused to declare but said before entering that he found it worrying that a “clown was being taken to court for doing his job.”
The Spanish nationalists are beside themselves with wounded patriotism but the manufacturers Frenadol, who should also be outraged haven’t complained about the implication that it doesn’t work.

Not so simple arithmetic
HACIENDA did its sums and Spain’s tax authority found that the unauthorised Catalan referendum of October 1 last year cost €197,000, a long way off the €3 million that the previous government maintained.
Strictly speaking, €615,717 was “compromised” but in the way of governments worldwide, most of that was not paid.
Misappropriation of public funds is the charge that will get the remanded members of Cataluña’s previous government convicted, rather than rebellion. Ironically, it is below €250,000 and means they face lowish sentences.
Makes you wonder if it was all worth it when weighed up against the cost of paying the board-and-lodging in chokey of Oriol Junqueras & Co for more than a year.
Choice of friends
JUAN CARLOS I, who abdicated in favour of his son Felipe more than two years ago, was photographed hobnobbing with Mohammed bin Salman, the Crown Prince of Saudi Arabia.
Juan Carlos has always been on good terms with the Saudis and has supposedly helped Spain to pull off some very juicy arms and civil engineering contracts.
The Crown Prince is in hot water right now but presumably the Rey Emeritus isn’t fussy about socialising with someone with no qualms about disposing of the journalists who diss him.