Whatever happened to civil discourse? 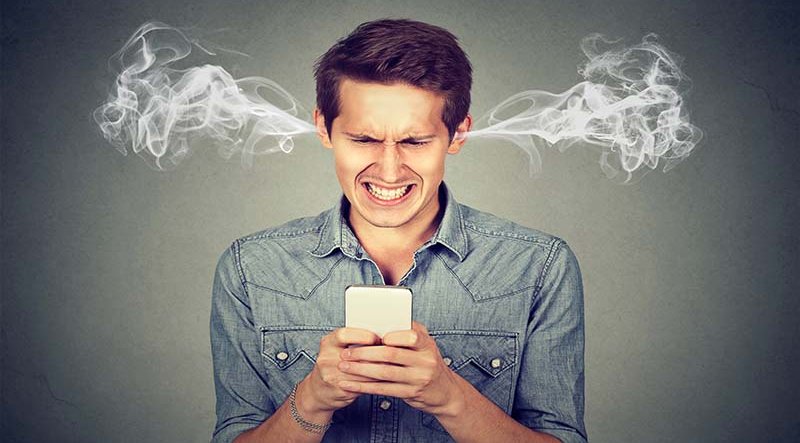 ANGER: Better to listen and respond in a civil manner.

I DON’T normally quote favourably from religious publications, but a while back I set aside an unusually intelligent piece written for the Salvation Army’s The War Cry by Rivera Su who called for calm and civil language ahead of the US presidential election.
Sun wrote: “Discourse is the foundation of democracy. The ability to have a respectful and informed conversation about politics – in the post office, our homes, on the media, with friends, family or with total strangers – is essential for a society that prizes the ideals of liberty and freedom.
“If we are not free to converse without being verbally assaulted, insulted and screamed at, what does that say about the content of our character? Is it really so hard to engage in the practices of being curious about our differences, asking questions, listening and responding in a sane and civil manner?”
Already things were hotting up, with Trump using the most obnoxious rhetoric to attack his opponents. We all see now that a president whose neck size exceeds his IQ has propelled America into a very dark place indeed where a tsunami of intolerance has been unleashed against vast swathes of the population.
Pipe bombs being sent by one of his more deranged supporters to people like Barack Obama and actor Robert De Niro, the massacre of 11 people in a Pittsburgh synagogue and the gassing of refugees are the latest examples of the lunacy that has overtaken the country.
Meanwhile Brexit has done immense damage to the UK, with discourse on both sides reaching unprecedented levels of hysteria.
I’ve nothing against sarcasm and insults per se but It’s the poor quality of the language used that that irritates me most. Put-downs now being traded are completely lacking in subtlety, with the F-bomb being dropped into every sentence.
Insults, of course, have been bandied about since biblical times. Elijah, for example, told the priests of Baal. “Perhaps your god is sleeping, or maybe he’s off relieving himself somewhere,” he suggested (2 Kings 18:27).
And Shakespeare was renowned for his insults. ‘Thine face is not worth sunburning’, ‘Thou art as fat as butter’ and ‘Thou art unfit for any place but hell.’
Centuries later when boxer Joe Frazier said of Muhammad Ali ‘he’s a phoney, using his blackness to get his way,’ Ali retorted ‘Joe Frazier is so ugly he should donate his face to the US Bureau of Wildlife.’
When Noel Coward told US writer and playwright Edna Ferber that she ‘almost looks like a man,’ she came back with ‘so do you.’
Actress Mae West said of a fella she met that ‘his mother should have thrown him away and kept the stork’; and when a woman said to Winston Churchill ‘You’re drunk. And what’s more you’re disgustingly drunk,’ he replied ‘You’re ugly. And what’s more you’re disgustingly ugly. But in the morning I shall be sober and you’ll still be ugly.’
Oh, for a return to a time when invective was at its most entertaining when people had a better command of the English language.