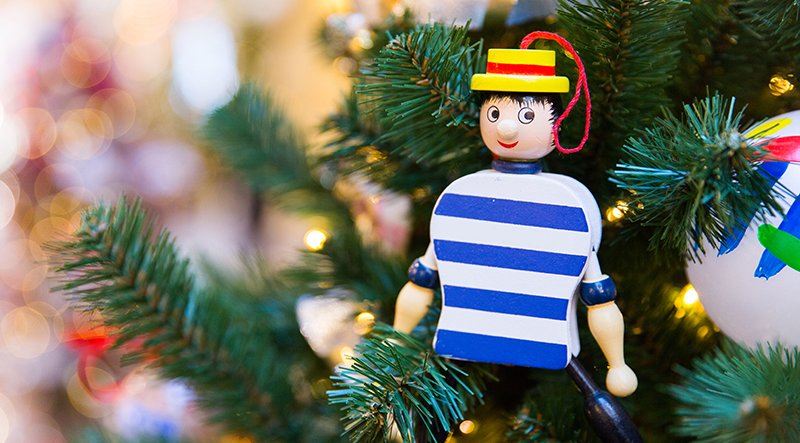 1957/58 was a school year I will always remember as the longest and most miserable year of my life.
It was my first year in the ‘big’ school – Ashmead Secondary Modern – and I remember vividly Christmas 1957.
Having worked my way through junior school quite happily, Ashmead was a different proposition.
It was undoubtedly a good school, but I had suddenly been separated from all the friends I had grown up with over the previous four years.
Then, having just missed out on a grammar school place, I was put into a special stream with a grammar syllabus, along with boys from other schools.
Not a problem for most kids, but as a shy and nervous individual with very little self-confidence, it became a nightmare very quickly.  I was seen as the easy target for some of the others and I had not made a single friend of any of my 30 classmates.
It was therefore a huge relief to be able to escape for the two glorious Christmas holiday weeks.
The end of term assembly – where we all sang the school song backed by the students brass band; along with ‘Nunc Dimittis’ sung by four senior members of the choir and a self-congratulatory speech from the headmaster on what a ripping school it was – had finally come to an end,
I rushed home, the last three months temporarily forgotten because tonight my Dad would be coming home with the Christmas tree.
I knew he would arrive later than usual, because with the tree balanced between the saddle and handlebars of his bike, it meant a two mile walk.
But it was worth the wait, because as always my father had selected a six foot beauty.  At least that’s how it appeared to my young eyes.
No sooner had he gulped down his dinner, than we set to work decorating.
The galvanised bucket of garden earth had been put aside and we soon had the tree ‘planted’.  Red crepe paper was wrapped around the bucket and we began dressing the magnificent fir.
Our one and only set of 12 lights with their large tear-drop shaped multi-coloured bulbs were hastily draped over the branches. Then a dozen glass baubles and candle holders with real candles and a few odd plastic snow flake ornaments were hung, all of which we kept from one year to the next.  And finally, a blizzard of tinsel to fill the many gaps.
Surely the best tree ever!
Christmas has always been a special time, but none more so than the one 61 years ago, when for me it meant a brief and magical respite from a twelve month ordeal.