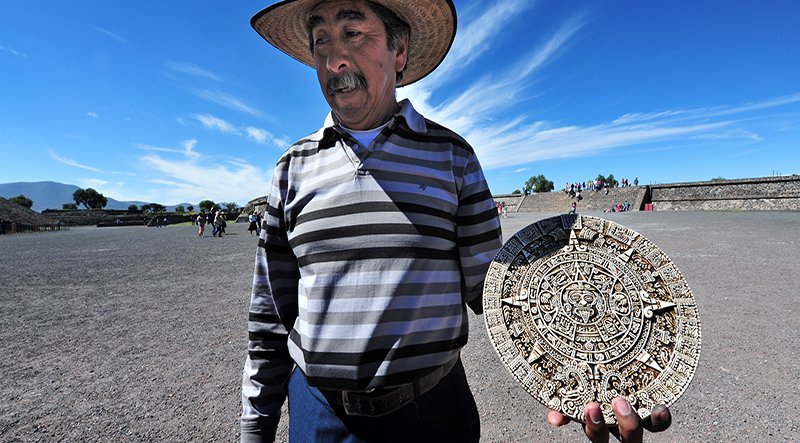 MAYAN CALENDAR: We have survived “The End of the world” Photo: Shutterstock

OVER the centuries, man has predicted at various times, the end of the world.

As the close of the first millennium drew near, Christian peoples were convinced that according to Biblical prophecy, the apocalypse was about to be unleashed and they had better do something about it. Hence in 999 there was an almighty rush for membership into monasteries and convents all over Europe – a sort of medieval insurance premium against the possibility of hell fire and damnation.

Through the centuries, various eccentrics and religious nuts have forecast the destruction of the Earth as we know it, or at the very least a violent end to one system and the start of another. The bloke with the sandwich board declaring: ‘The End Is Nigh’, is a familiar image implanted in our psyche.

Most of us remember the last prediction of impending doom, when all our eyes were on the 21st December 2012–the precise date when the Mayan people of Central America had predicted the end of the world.

Well it came and went and the worst we experienced was a bit of bad weather. And when you think of it, who would take any notice of a civilisation that didn’t even have the wit to invent the wheel for goodness sake?

Nevertheless there was a huge sigh of relief on December 22nd when it became obvious that planet Earth, Coronation Street and Keith Richard were still intact.

But now, with the extinction of many species of plants and animals already a fact, and the certainty that the rest, including mankind, will follow unless the destruction of the planet as a viable habitat is reversed immediately, there seems to be a disproportionate lack of concern.

Sure, the newspapers and television are constantly covering the story, but where is the uproar by a concerned populace demanding that the governments of the world change their ways post-haste? And by that I mean, why are we not out in our millions to demand that something radical is done right now and putting sustained pressure on the powers that be.

Could it be that with so many alarmist claims in the past, nobody really believes that the actual end of humanity is in sight?

Recently a group of eminent scientists predicted that we have just twelve years to turn things around before our present course becomes irreversible.

Think about that. Just twelve years before the world and all life is doomed to ultimate extinction, and yet governments are still talking about what to do.

And with Donald Trump declaring that the concept of global warming has been created by the Chinese in order to make US manufacturing non-competitive, it’s hard to see any way out of it.