Why buy a smartphone 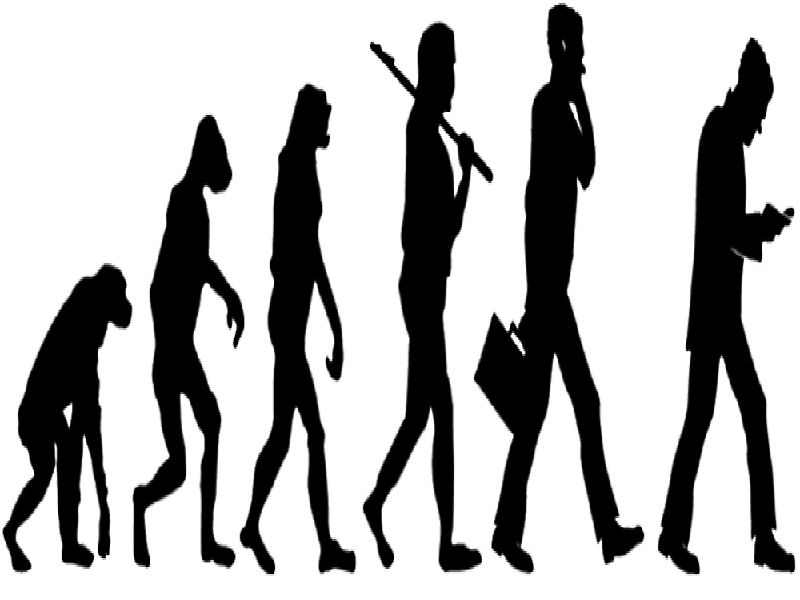 EVOLUTION OF MAN: from ape to app. Photo: Shutterstock

Get smart and ditch that old Nokia, advises Terence Kennedy

MY elderly neighbour has a new-year’s resolution: never again to spend a tenner on yet another battery for her near-immortal Nokia 3310 from 2001.

It’s astonishing just how many such venerable ‘dumbphones’ are still in use. Nokia made nearly 130 million 3310s (and indeed has recently resurrected them), and like those iconic early Casio digital wristwatches so beloved of terrorist bombers for their virtual indestructibility (except of course when you actually blow up….), those original Nokia just go on and on.

But now the fastest-growing converts to the online world, the so-called ‘silver surfers’, are finally moving into the smartphone world. And why wouldn’t they – or you?

There’s the benefit of always having a camera in your pocket, for one.

Many phones have FM radios and if not, there’s the TuneIn app to listen free to thousands of the world’s radio stations. Or download the podcasts for later.

There’s not having to get lost thanks to Google Maps. There’s Facebook for family news. Voice-dialling and text readers are two more innovations invaluable to less dexterous users.

Then there’s the clincher for all of us nearing our best-by dates: the instant ability to look up today’s latest ailment. AND the ability to e-mail or WhatsApp it for the rapturous enjoyment of all the family.

I understand my neighbour’s long-held reluctance to give up her 3310 after her first disastrous dip into the smartphone market: a horribly complicated Nokia E72 nearly a decade ago. The world’s fiddliest operating system (Symbian) and a keypad designed for bonsai people very quickly meant her granddaughter got an unexpected hand-me-down.

But we’ve moved on, with Androids and Apples now so user-friendly there’s little challenge for the geekier among us.

Unless someone passes on a ‘pre-loved’ one perhaps it’s better not to buy a smartphone second-hand. Why would you when even €100 or less buys new these days, with a battery you can rely on?

No need to get technical, but do at least try for a phone with at least 4 GB of storage to avoid the dreaded ‘phone full’ messages. Pretty much all other specifications these days will do just fine: screen size, Android or Apple version, processor speed. Indeed phones are generally so alike now that many lament we’ve reached a ‘vanilla era’.

Just do be aware of one more thing before ditching that beloved 3310. Smartphones are addictive. According to the stats, the rest of us spend 24 hours a week online, with little to show for it. You have been warned.

A FRIEND with a new phone recently e-mailed in anguish: her SIM-card was too big.

It wasn’t. Peer closely at a clever revelation: these days, virtually any SIM will fit any phone if you pop out the relevant section of the card.

SIM too big? Then carefully push along the pre-cut lines and your large Standard SIM begets a medium-sized Micro SIM which begets a tiny Nano SIM.

Be sure to keep the unwanted parts of your newly-dissected SIM somewhere safe, just in case you ever need to go bigger again rather than smaller – though Amazon and others do sell replacement SIM adapters if needed.

So one size really does fit all, as the saying goes. Despite what those anatomical e-mails in my Inbox keep insisting.