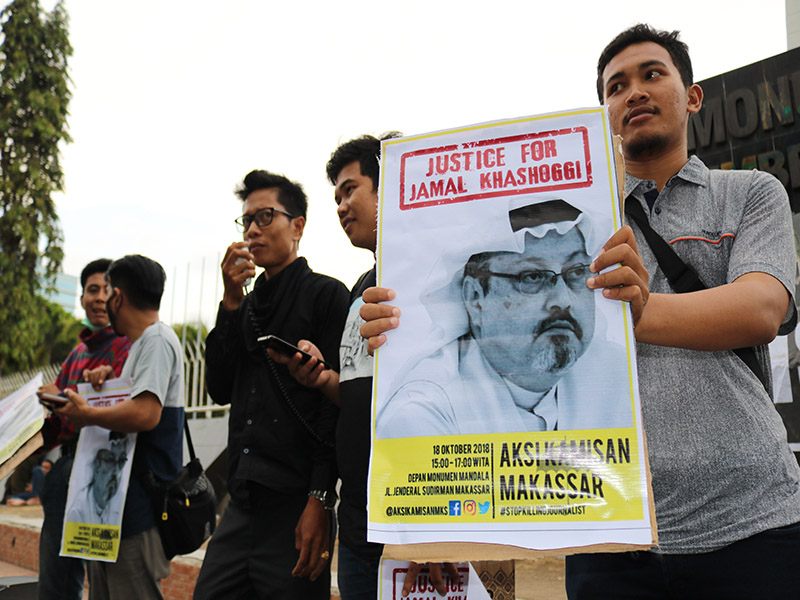 I MUST confess to find the ongoing saga of the Arabian princess who tried to flee the United Arab Emirates and was allegedly captured at sea in March, yet another interesting example of Mid East hierarchy running roughshod over international laws.

The death of journalist Jamal Khashoggi has still to be explained. So far that particular murderous act has followed the predictions I made a few columns ago – ie a long ‘investigation,’ followed by the arrest of so called rogue operators who will subsequently be put on public trial.

This latest act of alleged kidnapping and piracy does I’m afraid not bode too happy an outcome for the young lady in question. The family she has now been forcibly reunited with has already announced they have doubts as to her emotional stability and mental state.

Be that as it may, it is certainly a predictable statement and no doubt forerunner to the blanket of secrecy that will undoubtedly be pulled down over this whole sorry affair, as the Princess is brought firmly back into the family ‘fold’.

This event did bring home to me one of the risks I found myself running during my far off ‘Arabian days’’. At the time I had no idea of the gravity of the situation that I found myself in, or in fact the danger and repercussions that could have befallen the dusky young beauty I had become acquainted with.

At the time I was becoming quite successful in Saudi and had my own spacious apartment, cute little Datsun 280 ZX and a nice few quid buried in the garden! I was the proud possessor of a new telephone landline and was basically riding the crest, as they say.

I had begun to receive a number of phone calls that consisted mainly of female giggles and ‘how are you’s’ in what was obviously an Arabian accent.

Anyway to cut a long one short, the calls ultimately became more personal and interesting and naturally the ol’ boy finally got around to inviting her over. I was certainly aware that we couldn’t be seen in public, but figured it was all still a bit of harmless fun, and hopefully a few frolics to boot!

She subsequently arrived one day accompanied by her Ethiopian maid and companion. Obviously upper crust, she told me she was in fact a Princess from an extremely well known Saudi family. They stayed about an hour, which included much giggling and coy exchanges until they finally left with promises to call again one day.

That day never arrived. In fact I never heard from her again. (Sorry to disappoint!) It was only much later that I realised that what had been to me a spot of silly fun and games had been unbelievably dangerous for the young lady in question, and could in fact have led to extremely severe punishments that could have included death by stoning. Lord only knows what could have been the ol’boy’s fate. Dosen’t even bear thinking about. One time I can assure you I was delighted not to have had my wicked way. And you can take that to the bank. Good luck Princess Latifa, our thoughts are with you and all the other oppressed females who reside in these countries.

A very happy New Year to all.