TRAGEDY: Race against time after DNA of trapped 2-year-old is found in a well in Malaga 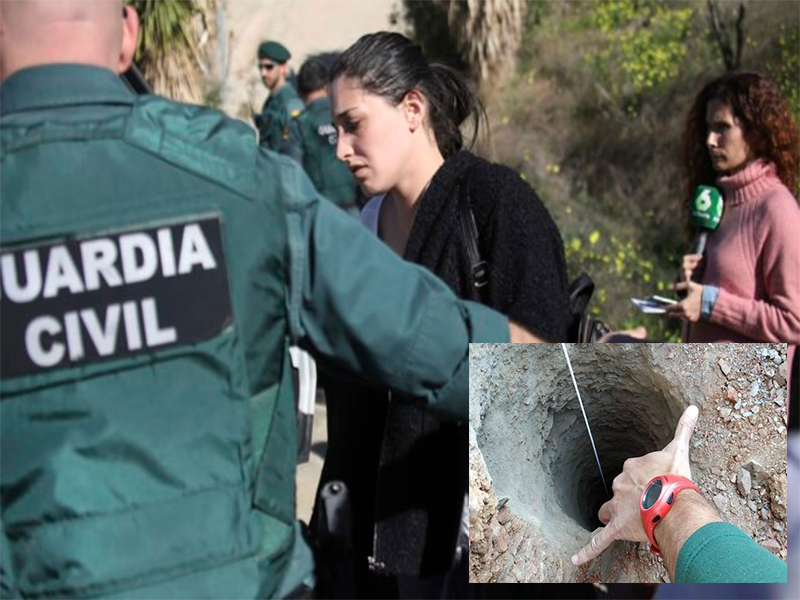 RESCUE RACE: Workers are trying to recover Julen after he fell down a 25-centimetre hole. Photo: Bomberos de Malaga and @jatirado

RESCUE teams rushing to find a two-year-old boy who fell down a 107-metre well in the Sierra de Totalan on Sunday have unearthed human hair belonging to the toddler.

Government delegate in Andalucia, Alfonso Rodriquez Gomez de Celis, told Spanish press ‘some hair was found in the tunnel and the tests carried out by the Guardia Civil certify that it is the child’s’. He added that ‘this gives us a certain certainty that the child is there, in that well’.

Members of the Guardia Civil claim the size of the shaft – 25 centimetres in diameter – has made it difficult for workers to gain access to the child.

An initial attempt to send a camera down the hole, which was reportedly dug during a search for water, failed after a blockade of sand and stones proved impassable at around 73 metres deep.

Workers say they are now digging a second, wider tunnel which they will connect to the first well, allowing them access to the bottom of the hole.

Julen’s parents had taken the child for a day out from their home in El Palo, Malaga, along with other members of family.

Father, Jose, has since criticised ‘the lack of technical means in the first hours of the rescue’ and hit out at ‘doubts’ which have been raised about whether the child is actually in the well at all.

He told El Pais ‘I wish it were impossible for him to be inside the well, like I’ve heard it being said’, adding ‘I wish it was me buried down there’.

Outraged locals are now querying why the speculative hole – which is required by law to be covered – was left open.  The man allegedly responsible for digging the well, Antonio Sanchez, told Spanish media he had covered the opening with stones and dirt.

This is the second tragedy to hit the distraught family. The parents lost their three-year-old son Oliver last Spring, when he died of a sudden heart attack while walking down the street with his parents in 2017.

RESCUE: Mission continues after a 2-year-old boy fell into a 100-metre-deep well in Malaga