DRONES BRING GATWICK – AND COMMONSENSE – TO A STANDSTILL 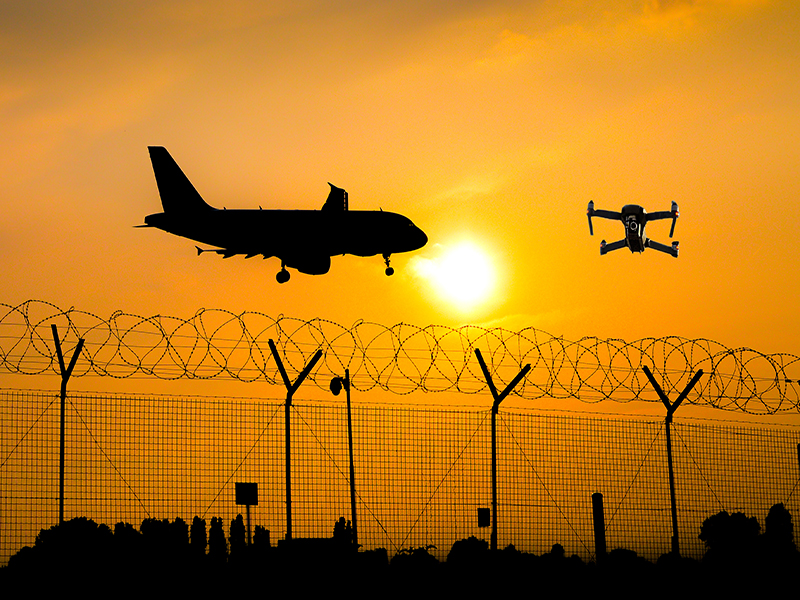 SUSSEX police recently admitted that its own drones – launched to investigate the first sightings – may have caused the “confusion” at Gatwick that closed it for three days before Christmas, disrupting 1,000 flights and delaying 140,000 passengers.

This, then, the latest embarrassment for the force which earlier admitted it was “possible” there had been no drone at Gatwick at the time.

Finally, the truth (possibly). Sounds like Sussex police’s Monty Python’s Flying Circus of Total Chaos and Confusion meets April 1st! (Maybe it was four pigeons in ra-ra skirts in formation – formation pigeon dancing? Or, like a few years ago, when a suspected drone at Gatwick turned out to be a plastic bag?)

Police should have attached blue flashing lights to their drones going ‘Nee-naw, nee-naw!’ so the public could tell which ones belonged to the good guys. Joking aside, police have the flight logs for their own drones. It should therefore take nothing more than some basic cross-referencing of those with the witness reports to determine which of the reported sightings were – or could have been – the force’s own equipment and, in turn, which were suspect.

And in other news, it was reported that the suspect craft had buzzed the Gatwick control tower enabling airport staff to positively identify the brand and type. Err, what happened to that lead?

But don’t worry! We were assured: “There’s a really large-scale police operation going on behind the scenes.” Yes, undoubtedly there was…trying to find a way to mop up this dreadful PR mess.

News flash: Earlier today police made a major breakthrough when they found a cache of drones in a secret warehouse location. “We believe they belong to a major new terrorist cell. A large number of ‘foreign persons’ were detained. Our intelligence leads us to believe this new splinter group is called Am Azon. We believe this discovery represents a major contribution to public safety,” said a retired chief constable.

Now we’re moving into 2019. Ever get the feeling we need to tighten our seatbelts a bit?

Nora Johnson’s psychological crime thrillers ‘The Girl in the Woods’, ‘The Girl in the Red Dress’, ‘No Way Back’, ‘Landscape of Lies’, ‘Retribution’, ‘Soul Stealer’, ‘The De Clerambault Code’ (www.nora-johnson.net) available from Amazon in paperback/eBook (€0.99;£0.99) and iBookstore. All profits to Costa del Sol Cudeca cancer charity