Praetor 600 does the Bossa Nova 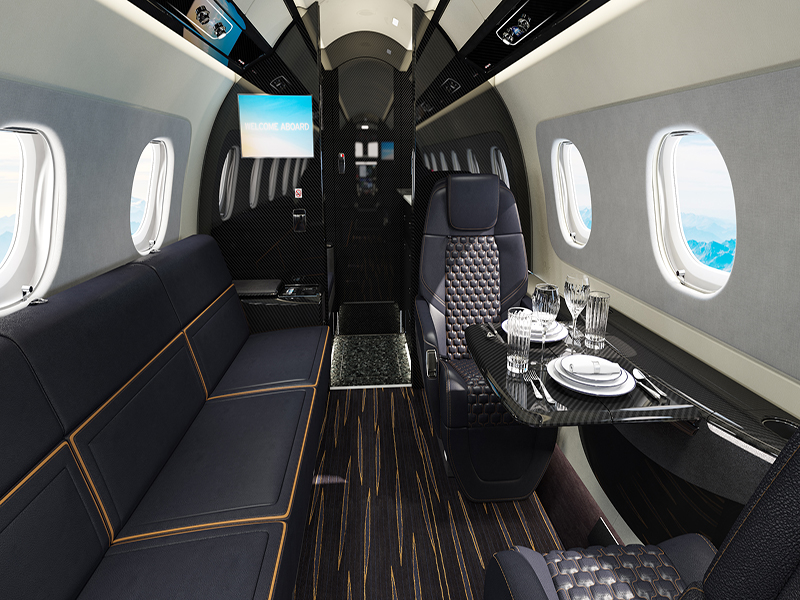 NICK HORNE: Embraer the Brazilian airframer presented the Praetor 600 at the NBAA Airshow in October 2018. Photo: Provided by Nick Horne

A ‘Praetor’ was a step on the political path in the days of Roman Republic, a civil magistrate. A Praetor might also have been appointed as a commander of an army by the civil authorities. A Praetor was clearly a VIP. In short, the Praetor was a man of action and responsibility, in the language of today an entrepreneur a businessman or woman.

Embraer the Brazilian airframer presented the Praetor 600 at the NBAA Airshow in October 2018 deliveriesto customers are to start in the second quarter of 2019. Some will no doubt make their way to Spain’s Costa del Sol airports as well as perhaps select Balearic airports during the coming summer. “Inspired by our Brazilian heritage, the Bossa Nova interior will delight the Praetor customer with its distinctively elegant ambiance,” said Jay Beever VP Interior design Embraer Executive Jets. “With personal comfort a key design driver, the Embraer DNA design will render unparalleled passenger experience in the Praetor jets. Upon the foundation of ergonomics and superior craftsmanship, each customer’s personal design style will be reflected throughout the cabin.”

Not only are the interiors of the jets beguiling the performance of the Praetor 600 is up there too. Expected to be the super midsize jet with the greatest reach, the Praetor will allow nonstop flights between London and New York. With an intercontinental range of 3,900 nautical miles (7,223 km). Luciano Froes SVP of Marketing commented, “Different by design and disruptive by choice by choice these new aircraft will deliver the ultimate customer experience with an unparalleled combination of performance comfort and technology.”

At night flying with four passengers plus two pilots nonstop to New York from London in a full six foot tall flat floor cabin interior with the eight fully reclining club seats transformed into four beds for complete rest. Complemented by a5,800 foot cabin altitude at cruise height an unmatched befit for passenger comfort and rest. The cabin includes a refreshment centre at the entrance to the cabin and a private lavatory at the rear as well as an inflight accessible baggage area. During the day an optional three seat divan features what has been described as a perfect 105-degree seating angle. Most aircraft divans are like a park bench with straight backs, not this divan it offers the prefect seating angle.

The cabin is saturated in technology, inflight information and cabin management features also accessible on personal devices though the Honeywell Ovation Select system. Offering passengers high speed high capacity connectivity for all those on board at speeds up to 16Mbps. While an optional inflight entertainment system offers high definition video, surround sound and multiple audio and video options. Netflix as you cross continents anyone? With an expected price of just $21 million the Praetor 600 will excite not only pilots but also the owners who are expected to start taking deliveries during the second quarter of 2019 as well as their guests who are fortunate enough to travel in magisterial luxury with them.