JULEN UPDATE: 2-year-old could still be alive after new discovery by rescue workers 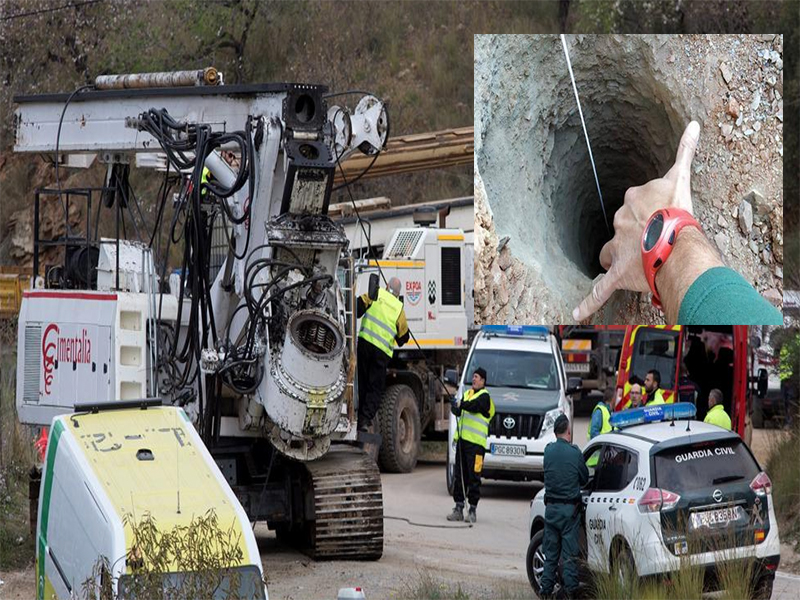 According to Spanish media, specialists could have located a 15-metre space in the well the toddler fell down in Totalan last Sunday where they believe he could be.

Experts believe this could be enough room for him to have survived in, raising hopes of a successful recovery.

It could still take several days to reach the boy, however, after attempts to build a secondary tunnel were hampered by the hardness of the slate rock workers are breaking through, as well as concerns unstable stones and earth could fall on the child.

Experts have warned the rain forecast for this weekend and early next week could also slow progress.

Julen fell down a 110-metre well in the Sierra de Totalan while on a trip with his family last weekend.

The width of the hole, which measures 25 centimetres in diameter, has made it difficult for workers to gain access to the child.

An initial attempt to send a camera down the hole, which was reportedly dug by prospectors looking for water, failed after a blockade of sand and stones proved impassable at around 73 metres deep. Experts reportedly now believe they have found a 15-metre gap below this blockade where Julen could be.

Workers are digging a second, wider tunnel which they will connect to the first well, allowing them access to the bottom of the hole.

The family had previously lost their only other child, Oliver aged 3, when he died of a sudden heart attack while walking down the street with his parents in 2017.

Outraged locals are now querying why the speculative hole- which are required by law to be covered- was left open.

The man allegedly responsible for digging the well, Antonio Sanchez, told Spanish media he had covered the opening with stones and dirt.

RESCUE: Mission continues after a 2-year-old boy fell into a 100-metre-deep well in Malaga

TRAGEDY: Race against time after DNA of trapped 2-year-old is found in a well in Malaga