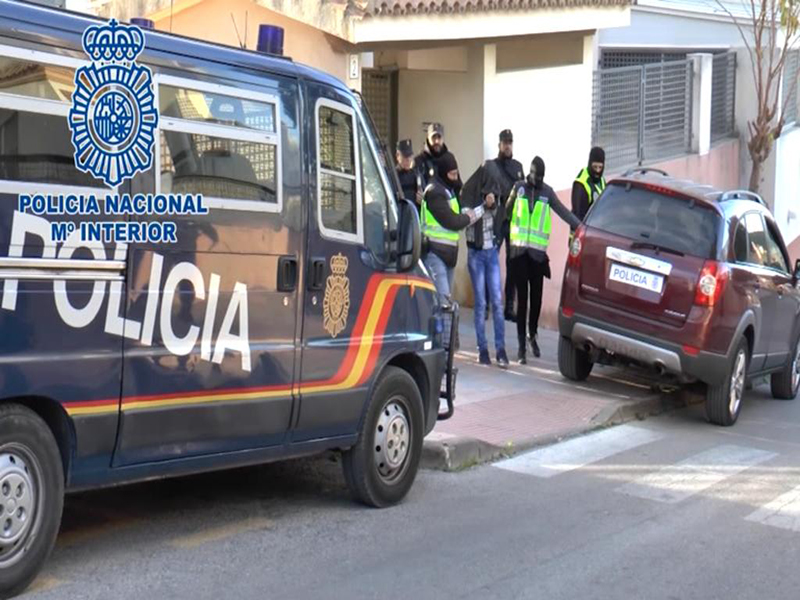 SANTIAGO Pedraz, the National Court Judge, has sent a 27-year-old Moroccan man to prison for being a member of a terrorist organisation after announcing that he had the intention of bombing the Manilva fair.

The young man had announced in a video he had sent to jihadists in Syria that he was planning to suicide bomb the Costa del Sol fair.

Consequently, police made the decision to burst the operation by entering and searching his home in Manilva.

The video had been recorded from the fair in Manilva in August 2018, when he stated that he was going to explode the location.

However, in recent conversations, the young man had confirmed that he was ready to carry out the attack saying that ‘he knew who his caliph was and that death did not scare him because he wanted to die a martyr’.

As reported by the National Court’s Prosecutor’s Office in a press release, after analysing his social media accounts, the individual’s view towards Deash and its defence was very clear, as was as his position in this terrorist group.

The police had also confirmed his interested in purchasing firearms and bladed weapons.

After two months of investigation, the young man had accessed a large amount of Daesh audiovisual materials.

He had watched extremely crude content, including murders, slaughters, as well as videos of Daesh members swearing obedience to the terrorist group.

Investigators also discovered that among the arrested individual’s Facebook friends, many of them had shared on their profiles propaganda of jihadist terrorism, praising Daesh and Al Qaeda’s armed activity and actions.

The General Directorate of the Police have concluded that the detainee was not positioned at the jihadist combat zone due to the difficulties that this terrorist organization is going through in its headquarters in Syria, and also due to the inability to take care of his family in Spain if he was not in the country.

Therefore, the young man chose to stay in Spain and ‘carry out terrorist actions within the Spanish borders’, according to the police.

The General Police Information Office of the National Police initiated the investigation last summer after discovering that the individual was spreading radical jihadist thoughts since December 2017 and had numerous ‘friends’ on social media with like-minded content, some even suspected of being members of the Daesh.