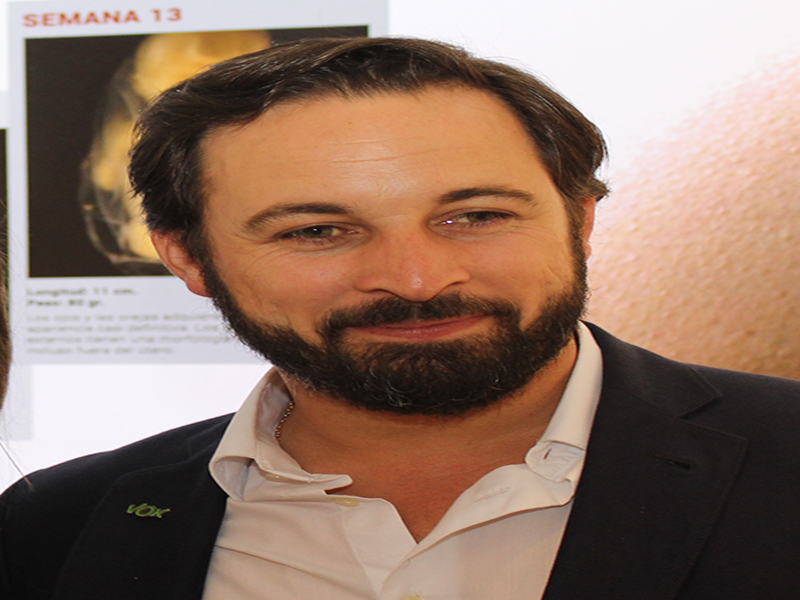 ABASCAL: Needs to remember 50 per cent of the electorate are women. Credit: Wikipedia

JANUARY 6 is the Pascua Militar, the military’s own Fiesta when the King meets and addresses high-ranking representatives from the armed forces.

In this year’s speech, Felipe VI reminded all those present that Spain’s flag reflects its history and diversity.

Nice idea, Felipe, and waving the flag as a symbol of diversity is a good try but the red and yellow flag – an even more recent arrival than Britain’s Union Jack and originally Spain’s naval ensign – was taken over years ago by Spain’s most conservative elements.

It symbolises Right and extreme Right Wing demonstrations protesting against every liberal step forward that Spain takes and, naturally, everything that a socialist government introduces.

And as Spanish populism grows, waving the flag beloved bySpanish nationalists could divide far more than it unites.

THE Partido Popular and Ciudadanos have already divviedup the regional government departments in preparation for their takeover in Andalucia.

This hinged on the support of ultra-Right Wing Vox whose 12 seats have entirely altered not only Andalucia’s political complexion but Spain’s.

The party and the PP have now signed a 37-point agreement that includes the creation of a Family department and official backing for bullfighting but leaves gender-violence legislation untouched.

Now everyone is waiting to see if the party boxes clever or throws its weight around, demonstrating its power by holding the PP and Cs to ransom once they are in power.

What happens next in Andalucia could set the pattern for future alliances in next May’s municipal and regional elections, with Vox deciding not only its own future outside the region but also the PP’s and Cs’.

FRANCO’S family does not want the old dictator’s remains removed from the Valle de losCaidos mausoleum.

The Almudena cathedral in Madrid is the only alternative location that the family will consider but this is impractical. The Valle del Los Caidos is at least out of the way, unlike the rather ugly Almudena in the centre of the capital,which would become a shrine for the loony right.

The Church hierarchy was resigned to a move, but the Benedictine abbot of the Valle de los Caidos, Santiago Cantera, refuses to allow access. Before he took holy orders, Cantera was a Falange Española candidate in the general and European elections and Franco is clearly in good company.

In fact, it looks as though it would be easier to forget the departed dictator by leaving him to moulder in his mausoleum than digging him up and keeping him in the news.

SANTIAGO ABASCAL, who heads the Vox party, referred to anti-gender violence legislation, and particularly Andalucia’s, as “the commandments of the gender dictatorship.”

It could be that some women over-compensate, but get used to it, SrAbascal.

They’ve centuries and millennia of male dictatorship to over-compensate for, and although Abascal might be uncomfortable about that, not many women are.

And he would do well to remember that roughly 50 per cent of the electorate are women.