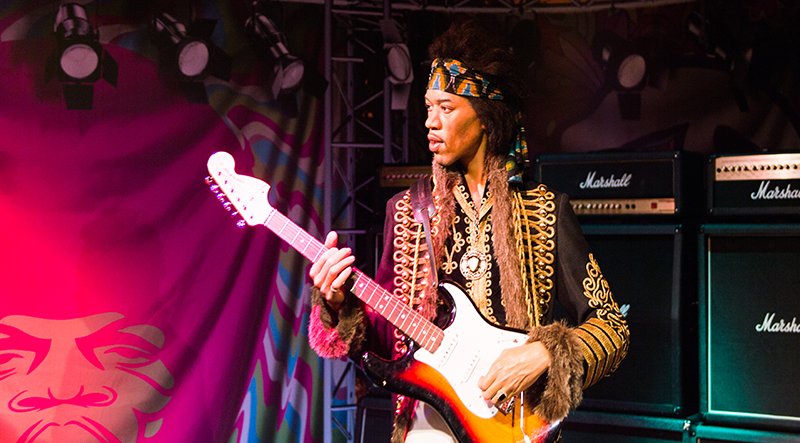 JIMI HENDRIX: A legend that continues to live through his music Photo: Shutterstock

Like most of my contemporaries, I do a lot of reminiscing and harking back to ‘the good old days’.

Younger generations call it living in the past, but they are wrong. It’s a natural function and part of the human condition to indulge in this.

It’s a cerebral version of comparethemarket.com and our way of equating today’s world with the one that we inhabited in the 20th century, which needless to say is an era that we regard as a much happier time.

Anyway, that’s just a rant and a prelude to what I really wanted to say, because yesterday I was taken back to the heady days of the 60’s and 70’s, when I laid back with a nice bottle of Chardonnay and a supply of custard creams, and played some Chicago, Doors and Ten Years After music.

I was transported back to those muddy fields on the Isle of Wight in the summer of 1970 and the third and last festival of that era. The sheer scale of the event was mind blowing with over 600,000 of us crammed into the area.

It was chaos but exciting and memorable mayhem at the same time, with the heady aromas of hot dogs and burgers, certain suspicious herbal substances and hippy body odour filling the air.

Other Rock Gods like Jethro Tull, Procul Harum and Free were part of the array of stars on display. Jimi Hendrix headlined in what turned out to be his last major performance before his untimely and tragic death the following month, and I remember the noisy climax of The Who’s set when they performed Magic Bus.

Not for the first time as I listened to this intoxicating music with my wine and biscuits, I reflected on the one major regret of my life: that I never picked up a guitar in the sixties, or saved up to buy a Premier drum kit, and attempted to make my way in the music business.

There was a time when several of us decided to form a group, but the ambition was short lived because none of us played instruments.

How naive was that? It was only much later that I realised that half the successful groups coming out of the 60’s didn’t know one end of a guitar from the other when they began their careers.

I was briefly part of a vocal duo called ‘The Symbolics’, but that soon folded. My singing colleague was Sym.

And a memorable moment was when I sang ‘Nights in White Satin’ with the Moody Blues at the Royal Albert Hall.

Okay, I was in the fourteenth row and they were on stage, but it was nevertheless a moving experience.