Never too old to be a maverick 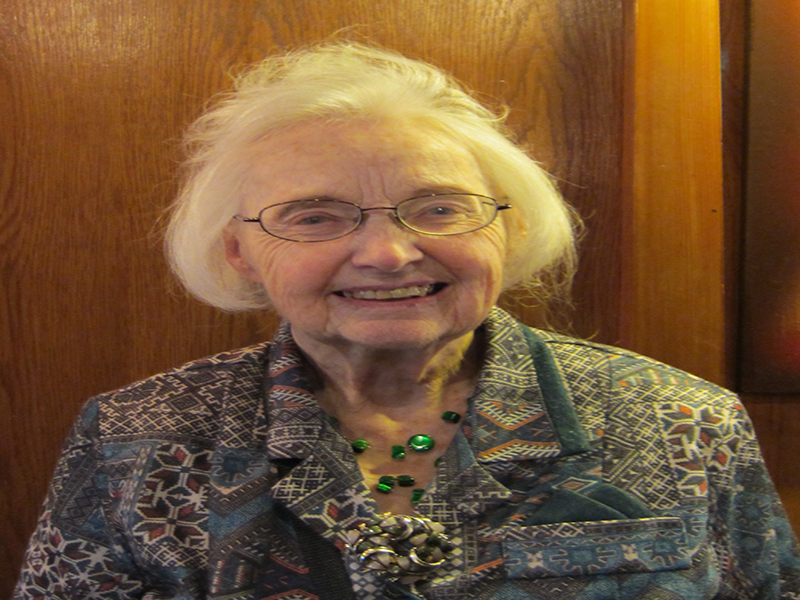 BARBARA SMOKER: At the forefront of radical movements for 70 years. Credit: Wikipedia

FOR more than three decades I have a received an ‘egotistical’ year-end newsletter from a friend and ex-colleague, Barbara Smoker.

Sent by ‘snail mail’ to her many friends, relations and admirers, her entertaining letters detail what she’s been up to in the previous year.

They are proof positive that age is no obstacle to an active and productive life, for Barbara, a writer and activist on many radical issues, is still gamely engaged in various campaigns, despite being having turned 95 last June.

In several of her missives, Barbara informed her readers that she was working on a memoir, and when I received her latest letter, I was overjoyed to learn that she had finally completed it, and that My Godforsaken Life: Memoir of a Maverick, had just been published.

I first met Barbara in the 1970s when I was a member of the Anti-Apartheid Movement, a gay rights activist, and a new recruit to the National Secular Society (NSS), of which she was President.

Around 20 years on, when I became the 15th editor of the Freethinker magazine, Barbara took on the role of proofreader and periodic contributor.

When I last saw Barbara, it was at a Secularist of the Year function in London in 2017, where I was presented with a Lifetime’s Achievement Award for my campaigning against racism, homophobia and the presence of religion in government and places of learning. She looked marvelous, as the picture in this column shows.

But what I did is nothing compared to what Barbara accomplished. Apart from her frequent speaking engagements on radio and TV, and conducting non-religious weddings and funerals, she financed the manufacture of the first Make Love, Not War badges that were popular in Britain during the 1960s.

Being at the forefront of radical movements for 70 years, she has combated religion, and opposed nuclear weapons and illegal wars. At the same time she was, and still is, championing humanism, women’s right to choose abortion, prison reform, freedom of speech, and voluntary euthanasia.

Her memoir, according to publisher Thornwick Press, “is a compelling account of her intellectual journey, her ruthless focus on ethics and principles, and her eccentric bloody-mindedness in challenging the accepted and wrong wisdom of the day.”

Barbara was born into a devout Roman Catholic family. As a girl she was torn between becoming a nun or a writer. At the age of 26, after war service in Ceylon, she renounced Christianity and joined the ranks of the secular, humanist army.

For 25 years she was President NSS and led speaking tours in the USA and India to promote atheism. She even teamed up at one point with Madalyn Murray O’Hair, the US atheist who was dubbed ‘America’s Most Hated Woman’ after she won a court case that banned prayers and Bible-readings in public schools. I had an invitation to visit O’Hair but unfortunately she was murdered in 1995 before I could get to meet her.

The sad news in Barbara’s newsletter is that she was diagnosed last May with advanced breast cancer, but cancelled an operation. She said her decision was “as rational and irrevocable as the one I made on the 5th of November 1949 when I renounced religion.” She added: “In my opinion, medics give far too much priority to prolonging human life, irrespective of its quality – especially for oldies.”