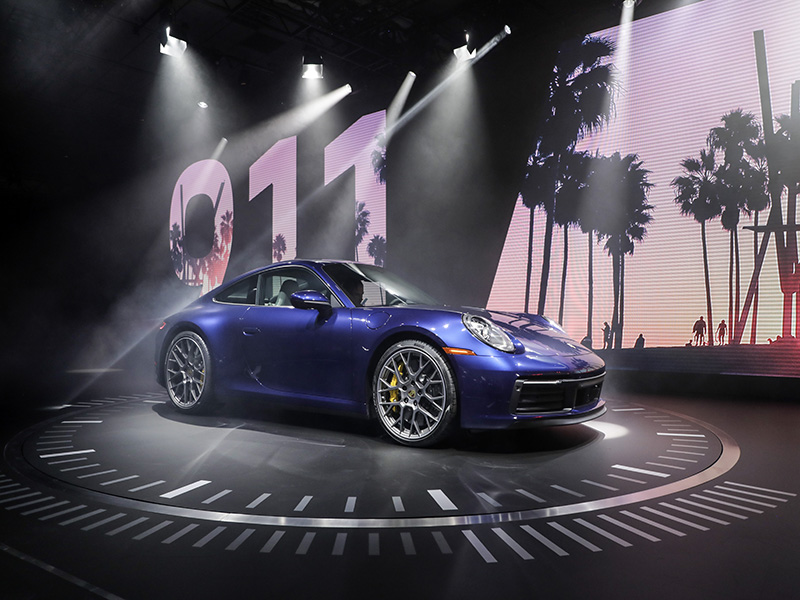 SEPTEMBER 1963 Frankfurt, Porsche AG launch a new sports car named the 901, after a discussion over naming rights with Peugeot, by early 1964 the sports car’s name is changed to 911.

The rest as they say is history. Scroll forward to 2018 and Porsche is calling time on its 7th Generation of the 911, launching the 8thGeneration on November 27 at the Los Angeles Auto Show. Between the launch of the first Generation in 1963 and the end of October 2018 some 55 years later, Porsche AG manufactured 1,049,330 series 911s.

There are many amazing elements to the story of the 911. The evolution and refinements the racing glory and wins, the sub 8 minute times on the Nürburgring. Yet in the mind’s eye of the Porsche 911 owner little has changed yet everything has. The 911 is longer, wider, faster.  Some might say tamer than the original 1963 sports car. Some argue the refinementshave made the 911 an easier car to master. Its famed tendency to bite back and depart the road precipitously when in the hands of a too enthusiastic driver helped to create the esprit of a band of brothers.Owners who considered themselves to be real drivers,Pilots of the 911.

Over 55 years and seven generations the 911 was repeatedly transformed and refined. Competition, new materials and engineering solutions as well as pressure of regulation at different times in both the USA and Europe, the 911’s principal markets, contributed towards creative solutions in all parts of the 911.Through it all the traditional classic silhouette of the 911 and its variants remain the constant evocation of a distinctive line. Drawn from elegant nose to masculine rear shoulders, variants and limited editions are placed along the time line, many drawing the avid and specific attention of collectors. The Coupe, the Cabriolet, the Turbo add the title ‘911’ and you sprinkle star dust.

The 2018 Los Angeles Auto Show hosted the launch of the 8th Generation of the 911 on the 27th November the reveal saw the familiar evocative silhouette. Though the exterior design is new and underlines the leap in performance, wider wheel housings arch over the 20 inch diameter front wheels and the 21 inch diameter rear wheels. The rear shoulders of the car are now the same width across all models highlighting the slim line centre section. Flush integration of the electronic pop out door handles emphasises the tapered and smooth contours of the silhouette. Across the nose the body is 45 mm wider than the 7thgeneration while the rear of the new 911 is dominated, on all models, by a significantly wider variable position rear spoiler. Beneath the spoiler lip across the width of the car is a seamless light bar.

The new interior is characterised by clear and straight lines of the fascia design with recessed instruments. Alongside the dominant and centrally positioned rev counter, typical for Porsche, two thin frameless displays supply further information to the driver.

The Porsche 911 is not necessarily the most expensive sports car, some 911 variants may be acquired for as little as €100,000. Which is not so large a sum to buy into a legend. What’s in a name? Everything.