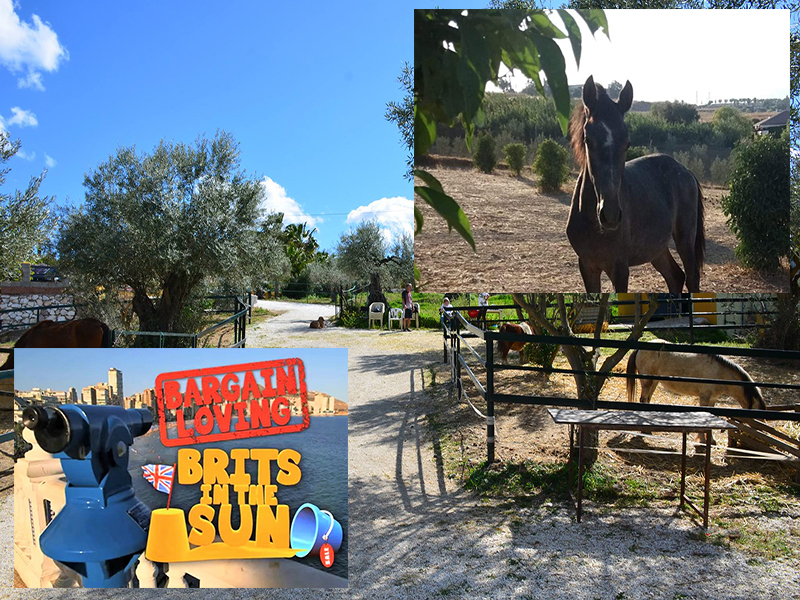 THIS Thursday, fans of popular series Bargain Loving Brits in the Sun will be introduced to a whole raft of characters trying to carve out a new life in Spain.

Andy has a huge warehouse stacked to the rafters with unloved bits and pieces, but he is constantly looking for more stock and must make €2,000 a week to pay all the bills and keep his business afloat.

Also featured in this week’s episode is West-Midlander Vince Neale, trying to live the dream and open a bar in the sun. Vince runs into trouble early on however, after he thought he was buying a working bar complete with all fixtures and fittings, but in fact has bought the lease to the building.

Viewers will also catch up with familiar face Bambi Dharmi who featured in last week’s episode.  The former dancer is now selling homes at static caravan site, Saydo Park, and this week is putting on a charity show to raise money for a local animal charity, with a surprise ‘racy’ performance of her own.

Finally, in the same episode, viewers will meet Jill Newman-Rogers, who runs ARCH horse rescue in Alhaurin el Grande, and follow her as she races around dealing with cases of equine cruelty and neglect. This week, Jill will check up on Askara, a horse which has been attacked and suffered an extensive facial injury. Expensive nose surgery is needed, but the charity does not have the finances to pay up front. Will generous Britons dig deep and raise the necessary funds?

The Euro Weekly News exclusively caught up with Jill to discuss the charity’s work.  Jill said although the episode had not yet aired, since filming began last summer, “it has been an excellent year for rehoming.” She added: “Around 99 per cent of horses we take in are cruelty cases or abandoned and unidentified. We are very grateful to those who take them in.”

Jill told the Euro Weekly News: “We certainly always need donations, however, as well as volunteers for both our charity shop and the horse shelter.”  She explained the shelter’s veterinary bills caring for abused animals are often very high and the charity is always very appreciative of donations to its shop, cash donations, or bequests.

Jill has asked anyone wishing to get involved with the charity to visit ARCH’s new Facebook page at Facebook/ARCH Horse Rescue Spain, or visit its website at www.horserescuespain.org.