Sensible decision for a change 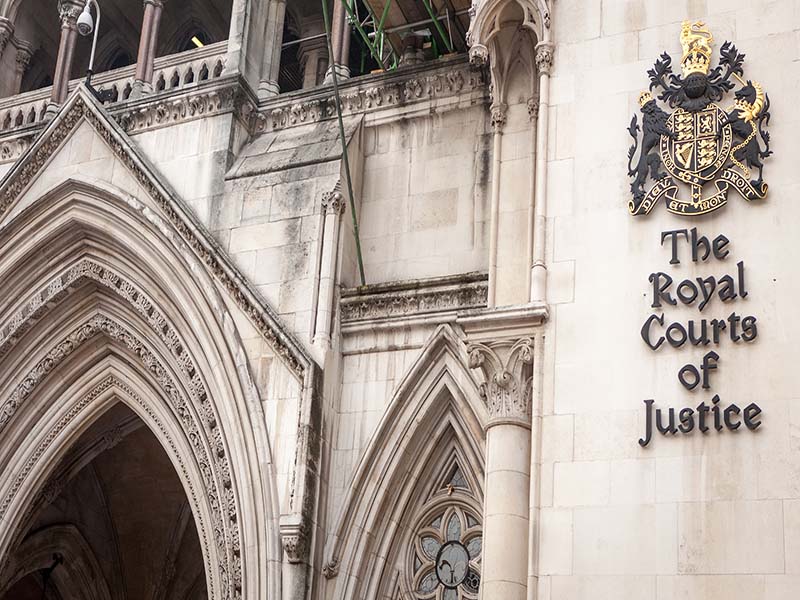 I AM delighted to see that a recent case, which had endeavored to block Britain from sharing intelligence with the USA, has been thrown out by the High Court.

Apparently, the Mother of Elsheikh, one of the scum highly suspected of being one of the IS ‘Beatle’ executioners, had tried to block the Home secretary Sajid Javid’s decision to hand over 600 witness statements to the USA until they guaranteed he would not receive the death penalty if put on trial there! You really couldn’t make it up.

This whole farcical case positively reeks of yet another low life lawyers attempts to wring as much financial remuneration as they can from the misery and heartbreak of others. Despite the statement from one of her ‘legal team’ that ‘Elsheikh’s mother found the court’s decision difficult to take on board,’ there’s no escaping the fact that this woman, with probably extremely limited legal acumen, was almost certainly put up to the whole thing by some opportunist company of lawyers.

They, I’m sure, despite losing the case, are quietly congratulating themselves on bleeding yet another substantial fee from the coffers of the British taxpayer.

To my mind every case which concern the defence of suspected terrorists or traitors, should have all legal charges capped at a reasonable level and any defending lawyers involved open to public investigation. They should also run the risk that should it be proved they endeavoured to claim exorbitant fees, they could lose all their charges and also be fined substantial sums. Perhaps then they will stop this sleazy, misery chasing practice which to my mind is highly traitorous in itself.

I recently worked in the UK with an old friend Freddy ‘Parrot Face’ Davis, who I’m sure many of you will remember. He sent me this piece, currently doing the rounds, which I thought just about summed the whole sorry debacle of Political Correctness the UK is hopelessly inveigled in.

8:20 – A transgender man/ woman/ person living nearby asked why I didn’t just make a snow person with detachable parts.

8:25 – The vegans living at the end of the road complained about the carrot nose because veggies are food and should not be used as decoration.

8:28 – The Muslim gent across the road demanded the snow woman be covered in a burka.

8:40 – The police arrived saying someone had been offended.

8:42 – The feminist neighbour complained again. This time that the broomstick should be removed because it depicted women in a domestic role.

8:45 – The council equality officer arrived and threatened me with eviction.

8:50 – A TV news crew from Channel 4 showed up. I was asked if I knew the difference between snowmen and snow-women? I replied snowballs and am now called a sexist.

9: am – I was put on the news as a suspected terrorist, racist homophobic sensibility offender taking advantage of the bad weather.

9:20 – Far left protesters, offended by everything, marched down the street calling for me to be beheaded!