Brit couple celebrate demolition suspension of their home in Spain 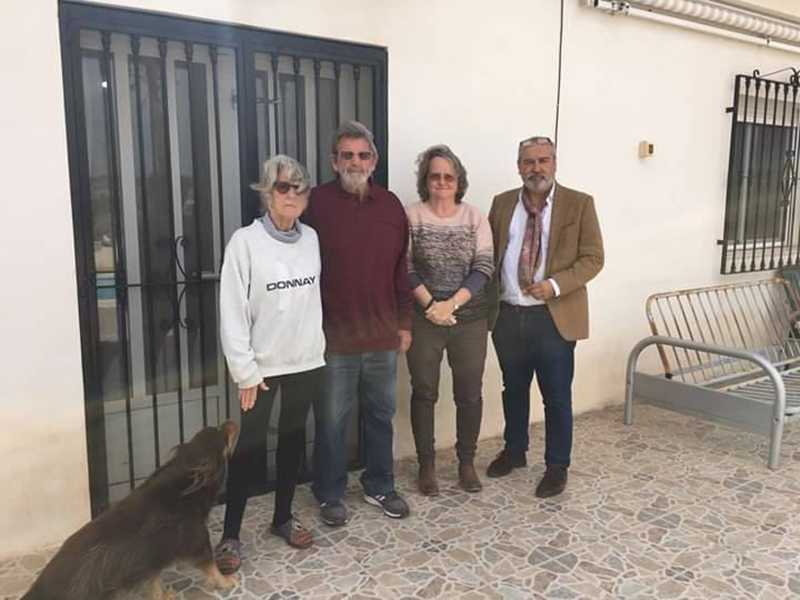 GOOD NEWS: Noel and Christine Payne (left with Maura Hillen and Gerardo Vazquez) can breathe a sigh of relief the courts have suspended a demolition order on their Albox home. CREDIT: AUAN Facebook page

A RETIRED British couple can celebrate good news after the courts suspended a demolition order on their home in Albox following 16 years of litigation.

Noel and Christine Payne, now in their seventies, had the house built in 2003, with planning permission and a licence of occupation.
The couple’s lawyer, Gerardo Vazquez, successfully argued the property could be regularised via an AFO administrative certificate to regularise housing, and that according to article 108.3 of the LJCA, (contentious administrative law), demolition is not the only means to execute a sentence nullifying planning permission. His arguments were supported by a report from Albox council’s technical services in favour of granting an AFO to the property.

According to Vazquez the judgement sets a good precedent, and he expressed his gratitude to Albox local authority’s technical and legal services for their support, and for the sensitivity shown by the judge.

The AUAN homeowners’ association has welcomed the suspension of the demolition order. Association President Maura Hillen said she agreed with the comments of Vazquez, who is also AUAN’s lawyer, commenting, “This is a good result for the owners of this house and for the community in general. I hope that it serves as a precedent in similar cases and that the Junta does not appeal it.

“It is a source of great pride that AUAN has played an important role in the legislative changes that have permitted this result.”