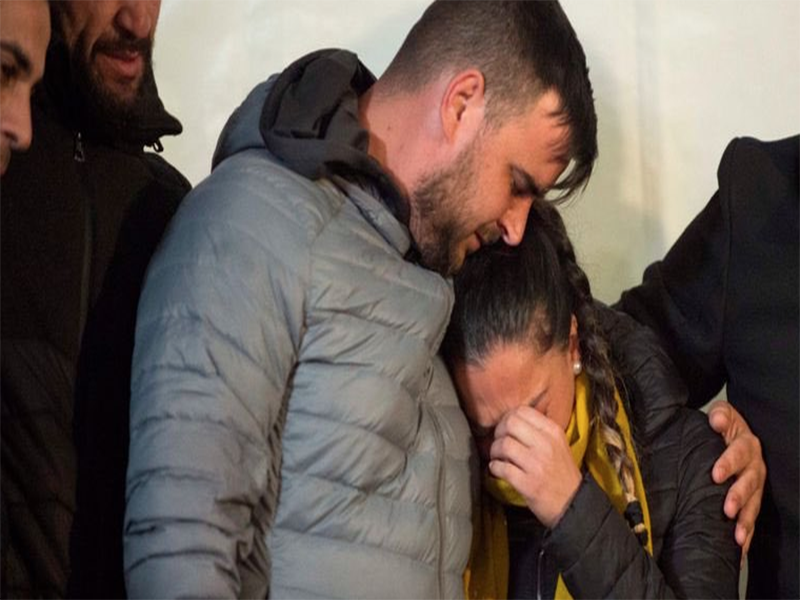 DAVID SERRANO, the owner of the land where two-year-old Julen died in a 72-metre well, has said he will “never forgive” the man who drilled the borehole.

Facing possible charges in a negligent homicide investigation, Serrano, who is the partner of Julen’s father’s cousin, told Spanish media he blames Antonio Sanchez, the man responsible for drilling the hole.

Serrano said: “I warned [Julen’s family] of the danger there thinking that someone could break a foot. I never thought a child could get in there. I’m never going to forgive that.”

He added: “I covered the mouth of the well with two grey concrete blocks and explained that the well had been drilled down for more than 100 metres and left there ‘as is’.”

“I bought that plot four months ago to grow some avocados and I wanted to bring some horses, so I was looking for water.”

The man’s legal team maintained any criminal responsibility should fall on Antonio Sanchez.  Serrano’s lawyer, Antonio Flores, said: “David has already stated that he was convinced that the digger, Antonio, had all the licences at all times, which is credible if we take into account the services offered by prospecting companies.”

He added: “After making this argument, I have found several offers from similar companies and all of them include in their services the processing of the relevant permits.”

The lawyer concluded: “They know how to handle these procedures, which are not simple, there are many offices to visit.”

The investigation, launched the same day Julen went missing on Sunday January 13, will examine two leads; whether David Serrano or Antonio Sanchez were negligent, and how Julen came to be buried under large quantities of soil after his fall.

The negligent manslaughter charge carries a sentence of one to four years in prison for serious cases, or a fine in more minor instances.

Anyone found to be at fault could also be liable for compensation to Julen’s parents, as well as for the costs of the rescue operation, thought to be millions of euros.