Shopping for the essentials 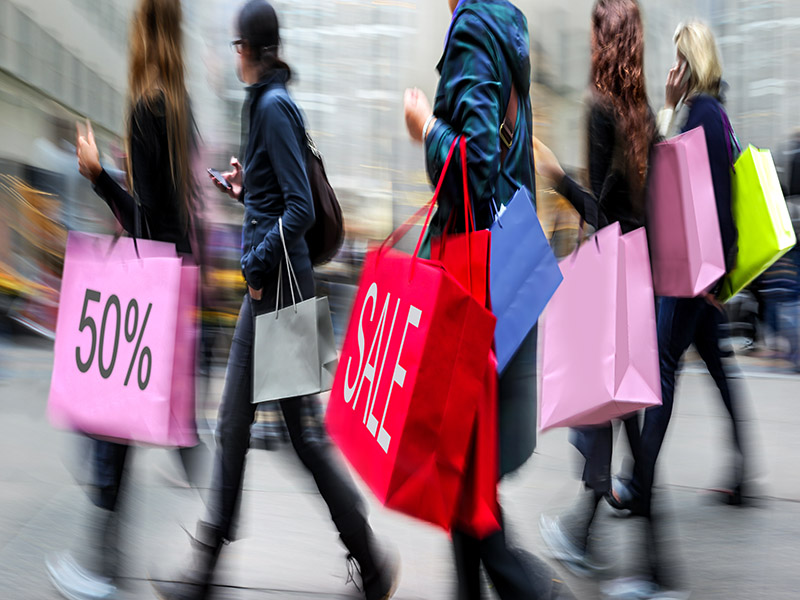 SHOPPERS: Travel and Tourism is now by some measures the largest global industry. Photo: Shutterstock

RETAIL Therapy has been the order of the day since the middle of the 20th century as Europe caught the bug of consumerism and planned obsolescence from the USA.

Our economies boomed. In the words of Prime Minister Harold Macmillan we had ‘never had it so good’.

One wave of technology followed another. From the automobile to colour televisions from central heating to three piece suites the landscape of a family home and mobility has been transformed. In much less than the life time of an individual expectations have been radically changed. Living standards have been much raised.

Travel and Tourism is now by some measures the largest global industry. Most of the developed world expects to travel to the ends of the earth for a week in the sun.

Two weeks in Benidorm is no longer enough, weekends in Marbella or Barcelona have been ‘done’. The search for a moments diversion has moved on to Oslo, New Orleans or even the South Seas of the Pacific. The Galapagos Islands are no longer considered distant, more an option to add to the visit list.

The launch of the Apple I-Phone has the ability to move the cost charged globally for air-freight as the volumes of Apples over whelms all else that is being rushed from the ends of the earth to market. The green beans from Kenya, the asparagus from Chili is elbowed aside as the latest I-phone is rushed to excited consumers.

Of course advertising has helped to raise expectations and even to create them. A holiday in Spain involves so much more than just sun tan lotion. Which sun tan lotion? A whole ecosystem of products becomes vitally essential to fully appreciate a fortnights annual holiday in the sun and I am not just thinking of sangria and paella.

The clothes, the books, the shoes, and of course the essential souvenir for the ride home on the jammed airplane, a straw donkey.

London’s Oxford Street was once famed for the January Sales which naturally enough started on Boxing Day in December. With people falling or rushing into selected shops having camped out on pavements often for days to ensure that they bought the longed for item.

Some years ago Black Friday arrived on these shores and has since gone Global. A shopping event imported from the USA one which had a logic in the USA as its origin lies within the holiday weekend of Thanksgiving but in Europe and the UK it seemed to me always a little odd.

Black Friday advertising in the newspapers and on TV in the week prior seems OK but when it goes on and on not only for the day after and beyond is very odd indeed.