To your good health! 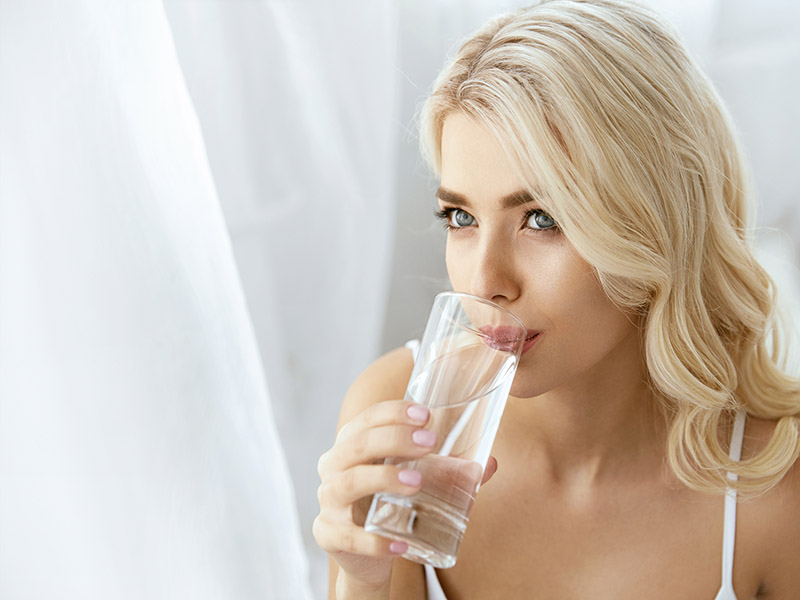 THE other night I went to bed with a migraine. I lie there wondering why. I suddenly remembered something I’d heard a long time ago about dehydration being the first thing to think of at the first sign of a headache.

Then I thought of a post I recently received from a friend on a medical study regarding the effects of dehydration.

Even with this in mind I tried to ignore the pain and fall asleep by reliving and giving thanks for my day, which had started at 5.45 am. I began to realise that with all the running around greeting the guests and hours of interviews for next week’s Marbella Now TV, then returning to the office for countless more hours before I thankfully flopped into bed, I hadn’t really drunk much water.

Although I do drink tea and coffee during the day I have to admit that I don’t drink water like I used to; I’m not often thirsty as such. According to medical studies apparently this has to do directly with my age as people over 50 stop feeling the need to drink liquids, which can actually lead to serious consequences. If not treated quickly, dehydration can affect the whole body: it can give cause to sudden mental confusion, drop in blood pressure, increase in heart palpitations, angina (pains in the chest) and even death, so it’s important we’re aware of the signs to detect if we or someone else is noticeably rejecting fluids or not drinking enough.

It’s ironic that we start to forget to drink liquids when we need it most with as little as 50% of water retention in our organs and cells due to the natural ageing process, but logical as to why our bodies are going to need constant replenishing.

I wasn’t delighted to think that being in my fifties means I am considered to be elderly and at risk of dehydration and I don’t feel any the worse usually for not drinking much water, but again the post I read did say we will not feel the damage being done at the time, just suffer the consequences in the long term. I also understand that we often mistake being thirsty with being hungry; probably very much my case!

Drinking more water is actually proving harder to do than one would have thought as there are no natural reminders to do so and as I say, I’m obviously typical for my age, I’m not thirsty.  I’ve decided to start carrying a 1 ½ litre bottle around with me and ensure I’ve finished it before going to bed. For those who are even more elderly than me, a few reminders may be in order to ensure they are drinking liquids at least every couple of hours to maintain a hydrated body, particularly during the sweltering summer months and if they live alone. I’m grateful for having received this information and trust I’ll feel all the better for it; I hope my passing it on to you may also contribute to your good health!